California Penal Code 240 PC defines the crime of assault as the unlawful attempt, along with a present ability, to commit a violent injury on someone, which is commonly known as “simple assault.”

The assault law under PC 240 applies whenever someone willfully does something that would result in applying force to another person. 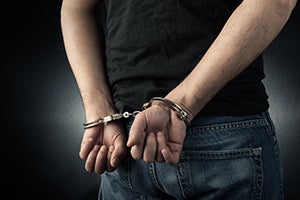 PC 240 is known as "simple assault" and a misdemeanor crime punishable by jail time and a fine.

Simple assault is a misdemeanor crime punishable by up to six months in a county jail and a fine of up to $1,000.

California law doesn't just prohibit violence against another person, it prohibits even the attempt to commit violence.

If you try to use force on another person with the intent to cause injury, even if you don't succeed, you may be charged with assault under Penal Code 240 PC.

Frequently, it is believed that “assault and battery” is one crime, but it's actually two separate distinct crimes. “Battery” is defined under Penal Code 242 and is the actual use of force on someone, while “assault” is just an attempt.

In other words, the crime of assault doesn't have to involve actual physical contact with somebody, but the crime of battery requires it.

For more detailed information, our Los Angeles criminal defense attorneys are reviewing the assault law below.

What Is Assault in the State of California?

Assault is defined in Penal Code 240 PC as follows:

Thus, to be convicted of simple assault, the prosecution must prove several factors that are called the “element of the crime:”

The term “application of force” means any type of harmful or offensive touching, even a minor touch if it done in a rude way.

The “touching” does not have to cause an injury or even be a direct touch.

Further, you don't have to actually apply force or touch someone, rather only you acted in way that would have resulted in force being applied to another person.

What are the Penalties for Penal Code 240 Simple Assault?

Assault is a misdemeanor offense in California. If you are convicted of assault, you could be sentenced to up to six months in county jail and a fine of $1000 per offense.

If you face multiple assault charges, therefore, you could face additional fines and jail time.

Penalties for PC 240 will increase if the victim falls within certain categories, such as police officer, firefighter, traffic officer, code enforcement officer, animal control officer, process server, and others.

The victims under these categories have to be in the performance of their duties, and it has to be proven you should have reasonably known their occupation.

The increased penalties for these categories of assault above include up to one year in the county jail, and a fine up to $2,000.

Other Charges Related to PC 240 Assault

In many cases, assault is accompanied by other actions that may be charged as separate crimes. These include: 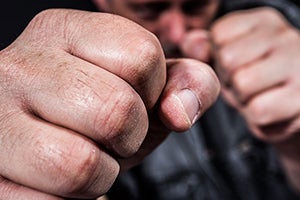 As stated above, many people typically group “assault and battery” as one crime, but they are actually two different crimes that often occur together.

Battery refers to the “unlawful use of force or violence upon the person of another”—in other words, the actual use of force.

If convicted of misdemeanor battery, the penalties include up to six months in jail, and a fine up to $2,000.

If the victim suffers serious injuries, you could face penalties under California Penal Code 242(d) battery causing serious bodily injury that is a “wobbler” offense.

If your attempt to harm someone else involves a knife, gun, or some other instrument that could cause great bodily injury, you may be charged with assault with a deadly weapon (ADW).

This statute is a more serious form of assault that can be prosecuted either as a misdemeanor or felony.

If charged as a felony, you could face up to four years in jail and higher fines.

Other related crimes for PC 240 assault that are often additionally charged include the following:

Defenses Against Charges of Assault

Since the prosecution must demonstrate intent, awareness, and ability to obtain an assault conviction under California Penal Code 240 PC, our criminal defense attorneys will likely develop a strategy around one or more of these factors. Common defenses include:

You were defending yourself or someone else. If the other party made the first move, your actions were intended to stop an attack, not inflict injury.

We might be able to argue you had a reasonable belief you or another person was in imminent danger of suffering a bodily injury and you had to use immediate force to defend against the danger. Further, that you didn't use any more force than was necessary. 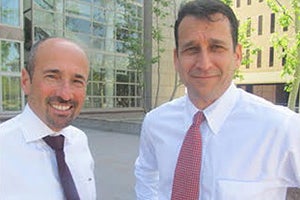 Contact our law office to learn how we can help you.

You didn't have the “present ability” to commit assault. For example, if you swung at someone but were too far away to have hit them, you were not presently able to cause injury.

You didn't act willfully. We might be able to argue there was a misunderstanding, an accident, or the victim misinterpreted your actions.

You were falsely accused. Example: the other party is falsely accusing you of assault for vindictive reasons, not because any altercation took place.

Since no injuries are required to be charged with PC 240 assault, it's not uncommon for someone to face false allegations.

Even though simple assault is a misdemeanor charge, a conviction can stay on your record and affect your life for years to come.

The criminal law firm of Eisner Gorin LLP can defend you against assault charges. We might be able to negotiate with prosecutor to avoid the formal filing of charges through prefiling intervention.

If you need more information about defending you for California Penal Code 240 assault case, contact our law firm at (877) 781-1570.