California is the primary technology center in the United States due to all the major companies in Silicon Valley. It is also a major source of all types of state and federal cybercrimes, which is often called “internet fraud.” 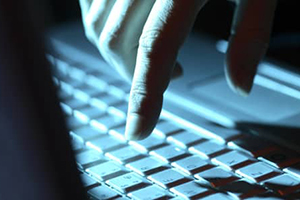 Cybercrimes include a wide range of state and federal fraud and sexual related offenses.

Internet fraud and cybercrime are broad terms describing a wide range of various fraud-related offenses that involve use of the internet.

Some of the risks are serious, not just of distraction like surfing the internet but to such serious misuses of a computer's power as to run afoul of the law. Cybercrimes often grab the news headlines.

Our Los Angeles criminal defense lawyers are providing readers a detailed review below.

Many forms of cybercrime

As ubiquitous as computers have become, cybercrime, or crimes using a computer and network, come in many forms. This includes a variety of theft crimes and sex crimes.

The FBI lists these different forms of cybercrime, among many others that could make the list:

Congress and state legislatures have clearly taken notice of the significant impact of dangerous online activity, adding many cybercrimes to federal and state criminal codes.

Federal charges are easy to invoke when so much internet traffic is across state lines. The state of California also has many statutes dealing with internet fraud, including:

There are several agencies working in alliances to detect, prosecute, and prevent cybercrime, such as:

Increasing efforts to prosecute cybercrimes, though, are increasing cybercrime charges against the innocent.

There are many agencies who investigate cybercrimes, such as the Federal Bureau of Investigation.

With their access to security codes and frequent electronic forays across systems, IT professionals face special risks of false accusations of computer crimes.

But anyone using a device of any kind to access anything on the internet could stumble into one of the many sites that law enforcement officials use to attract cybercriminals.

There are many reports that indicate the FBI has long operated cyber sting operations.

How many stories have we heard of hackers taking control of a celebrity's social media account to wreak havoc? Those stories aren't so entertaining when the hack's nefarious purpose leaves suspicion of the account owner's involvement.

How Can I Fight Cybercrime Charges?

If you face cybercrime charges or a cybercrime investigation, then you need expert counsel to assist with your defense.

Our experienced criminal defense lawyers, working with forensic experts, can help you manage any remaining risk that others may continue to misuse your devices and 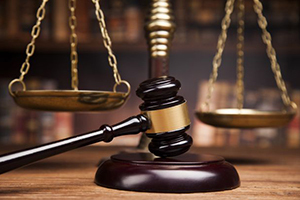 Our law firm can use different strategies to fight the charges, such as using a forensic expert.

Defense counsel and experts can also secure devices and preserve electronic evidence in your favor.

If investigators have already seized your computer and electronic accounts, then we can communicate with investigators and prosecutors, or third-party providers, ensuring that you have reasonable access to what you need to continue with your life while obtaining and preserving that all important evidence in your favor.

Some of the most common defenses against internet fraud related charges include:

Our law firm is familiar with defending cybercrime charges will ensure that you preserve your rights against self-incrimination and unreasonable search and seizure.

Your constitutional rights apply just as much in a cybercrime proceeding as in any other criminal proceeding.

Your constitutional rights are also just as important to your defense in a cybercrime proceeding as they are in other criminal proceedings.

Given the seriousness and complexity of cybercrime charges, and the special technology expertise that their defense typically entails, you need to retain the best criminal defense lawyers to fight the charges.

We know how to challenge, weaken, and defeat the prosecution's case in a cybercrime case to minimize conviction risk. 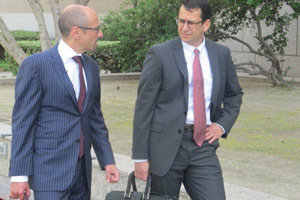 Call our law firm to discuss the details of your case.

We have the trial victories that prove our ability to defend the most serious state and federal cybercrime charges.

Eisner Gorin LLP is a nationally recognized criminal law firm that serves people throughout Southern California and across the United States.