There are many law enforcement agencies across the state of in California that set up and operate undercover sting operations to identify and catch suspects who commit sexual related crimes through the use of online chat rooms.

Sexual predators often use chat rooms to find and then attempt to persuade minors in engage in sexual explicit conduct. Many chat rooms are also used to show sexually related photos or videos to a minor.

In California, a minor is anyone who is under the age of 18.

A common sex crime that is committed by using an online chat room is California Penal Code 288.4 PC arranging a meeting with a minor for lewd purposes, which is discussed further below.

However, in some cases, unwise online flirtation or improper communication with someone online that was misunderstood can leave you facing serious legal trouble.

Perhaps it was just a case of using bad judgment when you got caught up in the moment.

If you have found yourself under a criminal investigation for alleged illegal activity by using a chat room, you will need to understand the charges you are facing and how to start preparing a defense strategy.

If you are convicted of a sexual related crime involving a minor, the penalties are severe, especially if you were charged with a federal sex crime.

Your charges may also be at the discretion of the prosecutor on your case. There are several different statutes under California law that are related to chat room sex crimes.

Our Los Angeles criminal defense attorneys will review the laws below.

California PC 288.2 makes it a crime to send or distribute harmful material to a minor with the intent to seduce them, which could be sent by use of an internet chat room.

Harmful material normally is described as pictures of videos that depict minors engaged in sexual activity.

Any suspect who is charged under PC 288.2 must have sent the harmful material to the minor with the specific intent to arouse, appeal to, or gratify the sexual desire of themselves or the minor.

Also, the suspect must have had the intent to engage in sexual related activity with the minor, or to persuade them to allow them to touch an intimate body part of their body, or the body of the suspect.

PC 288.2 sending harmful matter to a minor is a “wobbler” offense that can be filed as either a misdemeanor or felony crime.

If you are convicted of a PC 288.2 misdemeanor case, the penalties include:

If convicted of a felony PC 288.2 case, the penalties include:

Contacting a Minor to Commit a Felony - Penal Code 288.3 PC

California PC 288.3 PC prohibits intentionally contacting a minor with the intent to commit a sex crime or another serious felony:

Put simply, a prosecutor could charge you under Penal Code 288.3 PC if they believe the following:

Some of the underlying felony crimes under this statute include:

Readers should note that it must be proven you knew they were a minor when you contacted them. If convicted, the penalties will depend on the underlying crime.

If you have a prior conviction under this statute, then you will be facing more severe penalties.

California PC 288.4 criminalizes arranging a meeting with a minor when you are motivated by an unnatural sexual interest in children and you had the intent to engage in sex with them at the arranged meeting. 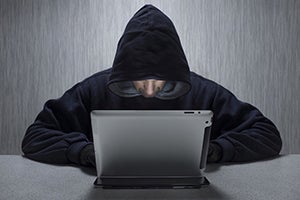 Penal Code 288.4 makes it a crime to just arrange a meeting with a minor for lewd purposes.

In fact, PC 288.4 is the main statute used by a prosecutor when charging someone with an illegal chat room behavior.

Under this statute, it's illegal to just arrange a meeting with a minor if motivated by sex, even if you didn't actually meet in the minor in person.

If you arrive at the arranged meeting place, then you will face harsher penalties. You could be charged under PC 288.4 if you do any of the following:

In addition to these laws listed above, there are some other statutes that can be used that are related to chat room activity with a minor.

For example, you could be charged under Penal Code 311 PC child pornography or Penal Code 272 PC contributing to the delinquency of a minor.

Conduct That Could Lead to Sex Crime Charges Involving a Minor

The following common examples could lead to criminal charges being filed against you:

What are the Possible Penalties for a Conviction?

The penalties you could possibly face if you are convicted will always depend on the specific charges that were filed against you.

For instance, a conviction for Penal Code 288.4 arranging a meeting with a minor for lewd purposes criminal sanctions can include:

If you actually showed up at the arranged meeting location, then the penalties for a PC 288.4 conviction are increased to:

What are the Best Defenses for Chat Room Sex Crimes?

If you are facing serious felony sex crime charges, you will need to retain a defense lawyer right away. We might be able to make a reasonable argument that:

A police entrapment argument means that the undercover police officers acted improperly during their sting operation by convincing you to commit a crime you would have otherwise not have committed.

If successful, we could use this challenge to get the charges reduced or dismissed.

Another defense strategy includes making an argument there was a lack of intent. For instance, we could argue you were not motivated by a sexual interest in children. 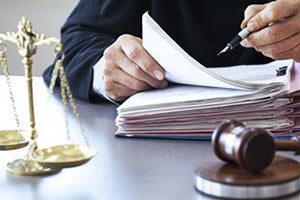 Contact our criminal lawyers to review all the details of your chat room sex crime case.

Further, perhaps it is reasonable to make an argument you simply did not even know you were not talking to an adult in the chat room.

By reviewing the chat room conservation transcript, it might be reasonable to conclude the person with whom you were specking was not a minor.

Of course, they are other potential defenses we could use based on the details of your case. An effective defense strategy could result in:

Another potential defense for chat room sex crime charges is known as prefiling intervention, which is negotiation with law enforcement and prosecutors to avoid the formal filing of charges before court.

Eisner Gorin LLP serves clients throughout Southern California courtrooms and can be reached for an initial consultation at (877) 781-1570, or you can fill out our contact form.