Further, this crime requires that the perpetrator uses force or the fear of bodily harm during the encounter. This law can be found within California Penal Code at 288(b)(1) PC. Some examples of lewd acts with a minor by force or fear include:

Penal Code 288(b)(1) PC makes it a felony crime to commit lewd acts on a minor using force or fear.

Lewd acts with a minor are defined under 288(a) PC of the California Penal Code. Lewd acts include willfully touching a child for sexual purposes. The force or fear element required for a conviction of lewd acts involves any physical threat or contact connected to the meeting where the lewd act allegedly occurred.

A PC 288(b)(1) lewd act with a minor child by force or fear is a felony offense that carries up to ten years in state prison if convicted. Further, there is a mandatory requirement to register as a sex offender under Penal Code 290 PC for life.

To convict someone of Penal Code 288(b)(1) lewd acts by force of fear, the prosecutor must prove all the elements of the crime under California Criminal Jury Instructions 1111. Our Los Angeles criminal defense attorneys will examine this law in more detail below.

What are the Potential Penalties for a Conviction?

A conviction under Penal Code 288(b)(1) PC results in a felony in California. A conviction for a lewd act with a minor by force or fear can result in the following penalties:

Readers should note that the judge has the discretion to order felony probation rather than jail time.

Several legal defenses are potentially available for a charge of a California Penal Code 288(b)(1) lewd act with a minor by force or fear. The most common defenses to this type of sex offense include:

False accusation. There are many reasons why someone might not tell the truth about something like this. There may be motivations for revenge or other reasons why a child would make up an accusation such as this. Perhaps the child was coached by an adult with sinister motives to make the allegations. Through an independent investigation, we might be able to uncover evidence showing that the allegations are untrue or exaggerated.

There are several common legal defenses to fight allegations of lewd acts with a minor by force or fear.

The child is 14 or older. This involves attacking the main element of this charge as it is required that the child is under 14 for a conviction. However, readers should note that a perpetrator could be charged under a different statute.

Accidental touching. To be convicted of this charge of lewd acts with a minor by force or fear, the prosecutor has to prove that you touched or acted lewdly on purpose. Recall from the elements of the crime that the prosecutor must prove you willfully touched a child's body by force or fear with the intent of arousing, appealing to, or gratifying the lust, passions, or sexual desires of themselves or the child.

This could be challenging for a prosecutor to prove. Perhaps we can cast reasonable doubt on the crucial issue of “willfully” by establishing the touching was accidental.

Other defenses involve attacks on the evidence obtained by law enforcement during the investigation of the alleged incident. Perhaps we could negotiate with the prosecutor for reduced charges or even a case dismissal. In addition, perhaps prefiling negotiation with law enforcement and the District Attorney's Office could avoid formal criminal charges being filed in the first place, known as a “DA reject.”

A felony conviction is forever in California, so the best way to keep a clean criminal record is to avoid being convicted of a crime. This generally requires a thorough review of your case by an experienced criminal defense attorney to determine the best defense possible.

What Are Some Related Sex Offenses?

Penal Code 288(a) PC - lewd acts with a minor child without force. This charge involves someone willfully committing a lewd and lascivious act with a child under 14 for sexual gratification. It is a felony that carries up to three, six, or eight years in state prison and results in sex offender registration for 20 years. 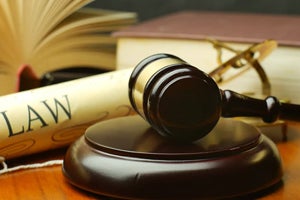 There are several related sex crimes, such as PC 288(a) lewd acts with a minor child without force.

Penal Code 288(b)(2) PC - lewd acts with force by a caretaker. This charge involves the caretaker of a dependent or impaired individual performing a lewd act on the impaired person. It is a felony that carries up to five, eight, or ten years in state prison upon conviction and requires lifetime sex offender registration.

Penal Code 288i PC – lewd acts with minor causing harm. This charge involves someone willfully committing a lewd act with a child under 14 for sexual gratification and causes physical harm. It is a felony resulting in a life sentence and requires lifetime sex offender registration.

Penal Code 261.5 PC – statutory rape. It would be a crime to engage in sexual intercourse without anyone under 18 years old, even if there were consent, known as statutory rape. Minors can't legally give consent to sexual activity. Unlike other states, California does not have a close-in-age exception, known as a Romeo and Juliet law.

Eisner Gorin LLP is located in Los Angeles County, and we serve people across Southern California. You can reach us for an initial case review by calling (877) 781-1570 or filling out the contact form.