Under prior law, defendants convicted of certain sex offenses were required to register for life as sex offenders under California Penal Code 290 PC.

Both community activists and law enforcement came to agree that this system was inefficient and not serving the original purposes of the sex offender registry as law enforcement spent the majority of its time on record keeping and monitoring of low risk and low-level offenders.

Accordingly, California passed Senate Bill 384 on a bi-partisan basis. The new law, effective January 1, 2021, establishes a three-tiered approach based on offense of conviction and other relevant factors.

The bill further provides a mechanism for those in tiers one and two – the lower risk tiers – to petition the court for removal from the sex offender registry after specified periods of time and if certain requirements are met.

In order to give readers a better understanding of California's new sex offender registration rules, our Los Angeles criminal defense lawyers are providing a detailed review below.

Tier one covers the lowest risk level offenders under the new registration scheme.  For the sake of brevity, a complete list of qualifying tier one offenders is not contained here, but in general these are non-violent, misdemeanor-level offenses.

Certain felony convictions also fall into tier one, but only if the offense would not qualify as a serious or violent felony under California law. Examples of tier one offenses include:

Tier one offenders must register for a minimum of 10 years.

Tier two is addressed to more serious offenses that fall short of the most serious category reserved for tier three offenses.

In general, these are offenses which are considered either serious or violent felonies, but not the most serious sex offenses described below in the tier three designation.

Tier two sex registration are for California sex crimes that are considered either serious or violent felonies, such as lewd acts with a minor.

Examples of tier two offenses include:

Tier two offenders are required to register for a minimum of 20 years.

Tier three covers the most serious sex offenses as determined by the California legislature. These offenses are subject to lifetime registration and there is currently no mechanism to petition for removal from the registry for a tier three offense.

These offenses are often characterized by violence, threats, or the young age of the victim.

However, certain offenses which are typically thought of as non-violent are also covered by tier three. Examples of tier three offenses under the new tiered approach include:

Tier three registration also applies to those sentenced to life in prison, to those deemed a habitual sex offender under Penal Code 667.71 PC, and to those whose Static-99 scores place them at well above average risk for being a danger to society.

Reduction in Time or Removal from California Sex Offender Registry

In addition to establishing the three-tier system, SB 384 provides several opportunities for reduction in registration time or for outright removal from the sex offender registry.

Removal from the sex registry is not automatic. Under new Penal Code 290.5 PC, anyone who is required to register for a tier one or a tier two offense may petition the court beginning in July 2020 to be removed from the registry. 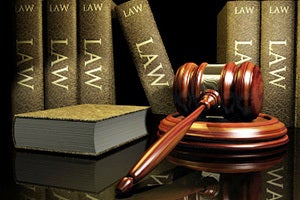 Under California Senate Bill 384, a defendant could get a reduction in time or get removed from the California sex offender registry.

To be eligible, the petitioner must have completed at least the minimum mandated period of registration.

Once received, law enforcement must provide a report to the prosecuting agency within 60 days concerning their recommendation on the petition.

The prosecuting agency in turn has 60 days after receiving law enforcement's report to request a hearing at which to object to the petition in cases where they believe public safety will be significantly enhanced by continued registration.

If the court denies the petition, it must set a period in which the petitioner may re-apply for termination from the registry. This time must be at least one year after the failed petition, but no more than five years after that time.

There are additional potential benefits for tier two offenders seeking removal from the obligation to register as sex offenders.

Though a tier two offense states that it requires a minimum of 20 years' registration, if the offense involved:

Then, a defendant may be eligible to seek removal from the registry after only 10 years.

Finally, even a tier three offender may be able to receive relief if he or she was placed in tier three solely because of his or her elevated Static-99 risk assessment.

In short, the new registration and removal scheme is complex. Additional issues outside the scope of this article, such as removal from the Megan’s Law website, are also addressed in SB 384. Failing to register is a separate crime. 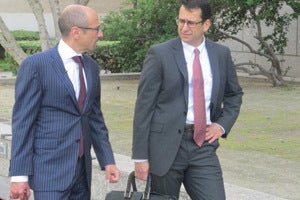 Contact our law firm to learn how we can help you with California sex offender registration issues.

Every case is different, and should be assessed on a case by case basis for an eligibility determination. If you, or someone you know, is required to register as a sex offender under Penal Code 290 PC  and would like an initial consultation, contact our team of experienced Los Angeles criminal defense attorneys.