Review of the Crime of PC 29800 Felon Possessing a Firearm

California Penal Code 29800 PC makes it a felony crime for a convicted felon to own, possess, or purchase a firearm, which is commonly called “felon with a firearm” offense.

PC 29800 applies if you have a prior felony conviction, have two or more convictions for certain misdemeanors, or you are addicted to a narcotic drug. This statute is defined as:

As you can see, a “felon” is someone who has been convicted of a felony crime anywhere, not just in the state of California. Further, PC 29800 could also apply for someone convicted under federal law. 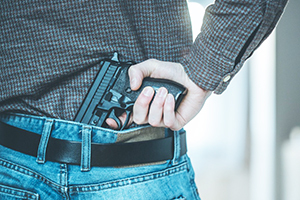 PC 29800 makes it a felony crime for a convicted felon to have possession of a firearm.

The certain prior misdemeanor convictions include two or more convictions for Penal Code 417 brandishing a weapon.

A “firearm” under penal Code 29800 PC include the obvious guns, revolvers, pistols, rifles, and shotguns. It does not matter if the firearm is loaded.

The “possession” of the firearm includes the actual physical possession and constructive possession, which means to have reasonable access to the firearm or control over it.

It's challenging to face criminal accusations on your first go-around. Facing them for a second or third time makes it even more difficult.

Facing Accusations of Felon in Firearm Possession in California

California Penal Code 29800 notes that defendants convicted of specific crimes throughout the state may not “own, purchase, receive, have in possession or under custody or control” firearms of any kind.

PC 29800 applies to three different categories of people from having possession of a firearm:

The prosecution must be able to prove beyond a reasonable doubt that a defendant previously convicted of a crime in California's state courts or on a federal level possesses a weapon that qualifies as a firearm under state law.

This possession does not have to be known to fall under the state's understanding of “possession” to result in legal consequences for the defendant.

Who is a Felon in California?

California goes to great lengths to establish which parties within its borders it considers to be felons.

The term “felons” in this case, serves more as a general descriptor than it does a specific label. California Penal Code 29800 applies to the following parties:

Penalties for PC 29800 Felon with a Firearm Conviction

If you are convicted on violating Penal Code 29800 PC , it's a felony offense punishable by: 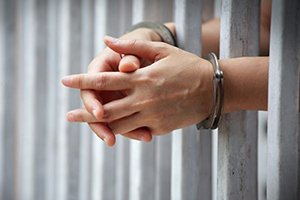 A felon with a firearm conviction is punishable by a sentence of up to three years in jail.

An undocumented immigrant who is convicted of a firearm offense could face harsh immigration consequences, such as deportation.

Further, defendants found in possession of a firearm could endure other consequences, depending on the severity of their actions and what, if any, existing deals they may have agreed to upon their initial conviction.

Note that these consequences apply to other types of defendants who are found in violation of Penal Code 29800:

Defenses for Felon with a Firearm Possession Allegations

If you are accused of Penal Code 29800 PC possessing a firearm and have an existing history as a felon in the eyes of California's state government, you have legal options available to you.

While working with our criminal defense lawyers, you have the opportunity to elaborate on the means through which the firearm in question came into your possession, if it did at all.

The amount of time for which the firearm in question was allegedly in your possession and your knowledge regarding the state and location of that firearm can both contribute to the defense of your case. 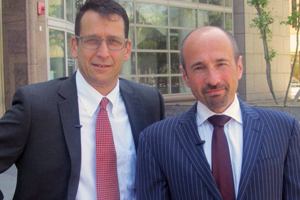 Similarly, our defense team may elaborate on California's understanding of the term “possession” and establish that you did not “possess” the weapon in question.

Further, we might be able to make an argument that police only found you in possession of a firearm due to an unlawful search and seizure.

If you were arrested and charged with being a felon in possession of a firearm, you will need to discuss the case with our criminal attorneys.

You should never attempt to go into the legal process alone, but rather reach out to our defense team to better understand why it is that you've been accused and what the prosecution, in turn, must prove in your case.

We know that overcoming seemingly insurmountable odds can leave defendants feeling hopeless, but an effective strategy could result in the best possible outcome.

It might be possible to negotiate with the prosecutor for reduced charges or even a case dismissal through prefiling intervention.

To schedule a criminal case consultation, call the law firm of Eisner Gorin LLP at (877) 781-1570, or contact us online.