Review of California's Law on Lewd Acts in a Public Place

California Penal Code 647a PC describes the crime of lewd conduct in public as touching your own or someone else's genitals, buttocks, or female breast to gratify sexual desires, when you know or should have known other people are present who could be offended by your behavior. 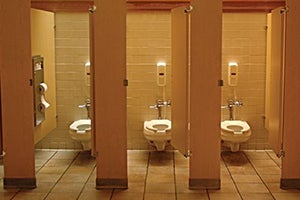 PC 647(a) lewd conduct law is a misdemeanor crime that does not require sex offender registration.

PC 647(a) is a misdemeanor offense that carries up to 6 months in jail, a $1,000 fine, and convicted defendants will not be required to register as a Penal Code 290 sex offender.

It should be noted this statute also makes it a crime for someone to solicit lewd conduct in a public place. Lewd acts are inappropriate sexual actions done in public for sexual gratification or to offend.

As stated, Penal Code 647(a) criminalizes both partaking in, and solicitation of lewd conduct.

Many PC 647(a) lewd conduct arrests are the result of undercover sting operations by law enforcement. Decoy police officers will frequently pretend to be a gay man in a public bathroom and try to discretely bait someone into sexual activity.

Generally, lewd acts involve public sexual touching. It is an unlawful, lewd act to touch someone's genitals or a woman's breasts for sexual gratification where there are people around who could be offended by it.

What Counts as Lewd Acts under Penal Code 647(a) PC?

Lewd acts under Penal Code Section 647(a) are defined as willfully touching intimate body parts in public view where you reasonably should've known that someone else was present to witness it.

Your motivation could either have been to offend or for sexual gratification.

You could have been touching your own body, soliciting another person to touch your body, or touching someone else's. Lewd conduct cases can involve: 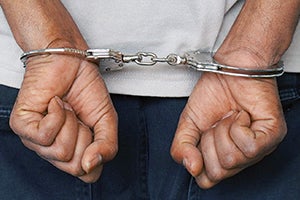 In any case, the crime involves touching intimate body parts, which as defined by Penal Code Section 647(a) include:

A "public place" is described in the statute as "any place open to the public or exposed to public view." This broad definition includes public places like:

It can also include lewd conduct through the window of a private residence if in clear public view.

How are People Prosecuted for PC 647(a) Lewd Conduct?

Penal Code Section 647(a) criminalizes, amongst other things, lewd acts in California.

This statute covers various miscellaneous offenses, the most commonly convicted being the solicitation of prostitution.

If prosecutors intend to use PC 647(a) to convict you for lewd acts, they will have to prove that you are guilty beyond a reasonable doubt of a lewd act fitting all the following criteria:

What are the Potential Penalties?

Penal Code 647(a) lewd conduct in public is a misdemeanor punishable by:

If granted probation by the judge, the terms and conditions will normally include counseling and you will be ordered to stay away from the location where the offense occurred. As stated, PC sex offender registration will not be required.

In order to determine the best legal defenses against charges of lewd conduct in public, our lawyers will need to review the circumstances of the case. 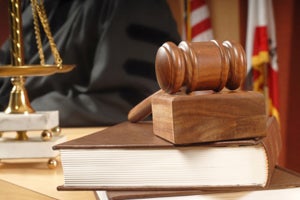 There are a variety of defense strategies we can use to fight lewd conduct in public charges.

In some PC 647(a) cases, police will write you a citation to appear in court.

During the delay between arrest and the filing of formal charges, we can negotiate with the prosecutor in an attempt to get them to reject the case.

Further, we might be able to negotiate for lesser charges or even the case dismissed.

Defendants must be acquitted if the prosecutor cannot prove one of the charge's key factors.

Other possible defenses against a charge of lewd conduct in public include:

Alternatively, you might base your defense on the argument that you were falsely accused and unlawfully arrested.

No matter the basis for your defense, early intervention by our law firm is essential. A swift prefiling by our attorneys could have your arrest charges dropped even before they reach court.

If you or a loved one has been charged with the misdemeanor crime of lewd conduct under Section 647, we can assist you. 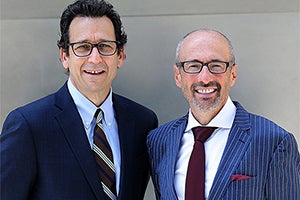 Contact our law firm to learn how we can assist you.

Our top-rated criminal defense lawyers will assess your case and determine a strategy for achieving the best possible outcome in your case.

Early intervention is critical as we might be able to negotiate with the prosecutor to get your charges reduced or dropped before you go to court.

You might be eligible for a diversion program that could help you keep a clean record by avoiding a criminal conviction. If you are facing lewd conduct charges, call us to examine all the details.

Eisner Gorin LLP are a top-rated criminal defense law firm that represents clients throughout Southern California from our office located at 1999 Avenue of the Stars, 11th Fl., Los Angeles, CA 90067.