This statute applies to anyone involved in a mortgage transaction, including the lender, borrower, along with others who participate in the process. 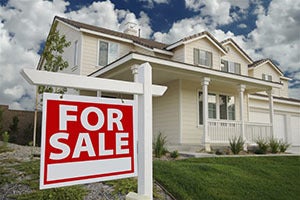 PC 532f applies to anyone in a fraudulent mortgage transaction, also known as real estate fraud.

PC 532f covers not only residential mortgage loan transactions, but also commercial and other forms of credit.

These laws cover a wide array of conduct involving housing, rental agreements, mortgages, and foreclosures. They provide penalties for anyone who deliberately provide false representation connected to any part of a real estate transaction.

Anyone convicted of mortgage fraud will face harsh penalties, including jail time, fines, and restitution.

Foreclosure fraud and other types of real estate fraud are normally a California “wobbler” offense that means the prosecutor has the discretion to file the case as either a misdemeanor or felony crime.

A conviction will normally require defendants to pay restitution to the victim. Some common examples of real estate and mortgage fraud include:

For more information, our Los Angeles criminal defense lawyers are reviewing mortgage fraud below and we'll explain what the laws says and what your charge means. With this knowledge, you can feel more empowered about your legal situation.

California Penal Code § 532f PC states that you can be charged with mortgage fraud if, “with the intent to defraud,” you:

Other actions, omissions, and statements may result in a criminal charge of mortgage fraud. As noted, this charge is also frequently called real estate fraud. Until proven guilty, these charges are all alleged.

Specific Actions That Can Lead to a Mortgage Fraud Charge

In 2018, the U.S. Attorney's Office for the Central District of California sentenced a married couple and their adult daughter to lengthy prison sentences.

They were convicted of perpetrating a $20 million “foreclosure rescue scheme.” Their crimes included:

This is a case of intentional, elaborate mortgage fraud. Some individuals charged under California PC § 532f PC may never have intended to break the law, but could be charged with mortgage fraud if:

Defendants can unintentionally wade into criminal territory despite having no ill intent.

For example, say that Jane has qualifying income, is gainfully employed, has ample assets, and checks all of the other boxes for mortgage approval.

There's just one problem—her credit score is in the low 500s thanks to undetected identity theft years ago.

Jane is ready to become a homeowner, but her bad credit stands between her and a mortgage. So, she has her brother apply for the mortgage in his name, knowing that she will be making the payments.

This can qualify as mortgage fraud. It's one of many examples where a defendant may feel justified in their actions but can unintentionally run afoul of the law.

California offenses that may become relevant to a mortgage fraud case include:

In the context of PC 487, a mortgage fraud allegation is typically related to a theft by false pretenses when they defraud someone related to real estate property by use of false representations or promises.

Put simply, mortgage fraud can occur under Penal Code 487 when someone makes false statements or promises to either a buyer or seller with intent to mislead them, such as lying about ownership or concealing defects. 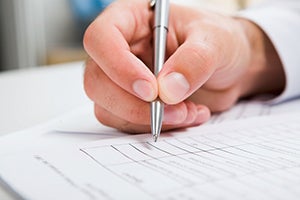 PC 115 filing forged documents is a common type of charge related to mortgage fraud in California.

In the context of mortgage fraud, PC 115 makes it a crime to file a forged deed with the county recorder to deceive the government regarding ownership of real estate property.

Foreclosure fraud under Civil Code 2945.4 cover covers alleged crimes during the foreclosure process, which skyrocketed during the 2008 great recession when  homeowners were facing possible loss of their home.

Many alleged businesses opened under the auspices of helping homeowners navigate the foreclosure process, but instead charged excessive fees, and defrauded desperate homeowners.

Rent skimming under Civil Code 890 is another type of mortgage fraud where someone intentionally fails to apply rent payments that were actually received on a residential property or they deceive a renter that they are the owner.

Predatory lending schemes in California is the illegal practice by a bank and other lenders that take advantage of people who are seeking a mortgage loan.

Criminal penalties for mortgage fraud generally fall under the umbrella of grand theft. It is up to the prosecutor's discretion whether to charge a defendant with a misdemeanor or felony.

For a misdemeanor conviction related to mortgage fraud, a defendant may face:

For a felony conviction, they may face:

Penal Code 115 PC filing forged documents is always a felony crime carrying a sentence of up to three years in jail and a fine of up to $10,000.

Civil Code 890 rent skimming is normally charged when are are multiple acts of skimming. If there was just a single act, criminal charges will be not filed and the violator will face a civil penalty. The criminal penalties are the same as PC 487 grand theft listed above.

Civil Code 2945.4 foreclosure fraud is also a wobbler that can be charged by the prosecutor as a misdemeanor or felony. The penalties for a conviction are also the same as grand theft penalties listed above.

Defendants may also face fines and additional penalties. These details vary case-by-case. Several other criminal and civil statutes may apply to a mortgage fraud case.

Defenses Against a Mortgage Fraud Charge

“With the intent to defraud” is a key phrase in all mortgage fraud cases. The state's ability to prove the intentionality of the alleged actions could determine the outcome of a case.

Defenses against a mortgage fraud charge in California may include:

The appropriate defense to a mortgage fraud charge will depend on the specific nature of the alleged crime.

As noted, it can't be overstated that the crime of real estate fraud requires somebody to have a criminal intent to unlawfully profit by using a false claim or other type of fraudulent activity that is related to a real estate transaction.

Put simply, a prosecutor has the burden to prove you had a criminal intent directly related to a real estate transaction. 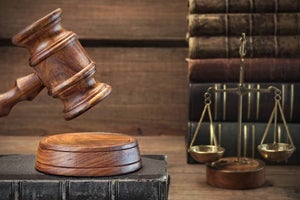 Thus, we might be able to make a reasonable argument that an honest mistake was made – a good faith error – that does not rise to the level of a deliberate attempt to defraud someone.

If the prosecutor can't prove your acted to defraud related to a mortgage, beyond a reasonable doubt, then there is a good chance of avoiding a conviction.

We might be able to negotiate with the prosecutor to get the mortgage fraud charges reduced of even dismissed.

Further, it might be possible to avoid the formal filing of criminal charges before court through a proses called “prefiling intervention.”

So, if you've been charged with mortgage fraud under California Penal Code 532f. PC, or another related statute discussed above, you will need to have the case reviewed by a seasoned criminal defense lawyer to determine best strategy to fight the case.

Eisner Gorin LLP can help you. We have two office locations based in Los Angeles County, including Century City and Van Nuys, which is in the San Fernando Valley.