California Penal Code 647(d) defines the crime of loitering in or about an open toilet to engage in or solicit lewd conduct. As you can see, subsection (d) of Penal Code 647 PC is specific to the sex offense of loitering around a public bathroom for unlawful sexual acts. 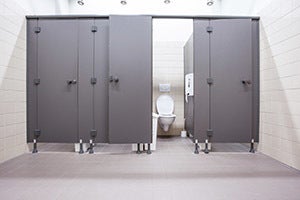 PC 647(d) makes it a crime to linger around a public restroom with intent to engage in lewd acts.

You violate the law under PC 647(d) if your behavior clarifies that the primary purpose of hanging around the bathroom is to commit or solicit lewd acts. Loitering is the crime of lingering in a place without a lawful purpose and committing an offense if the opportunity arises.

The term "lewd and lascivious act" has a broad meaning under California criminal law. Still, in the context of loitering around a public toilet, it means committing obscene or indecent sexual acts. These acts can include indecent exposure, solicitation for prostitution, and engaging in sexual acts in public.

California law prohibits public lewdness and prohibits certain activities from encouraging or soliciting lewdness. As noted, one such crime is described in Penal Code 647(d) PC, loitering in a public toilet or bathroom to engage in lewd or lascivious conduct.

This is a misdemeanor offense that can be charged on its own or with other related crimes. While not considered a significant crime, a loitering conviction on your criminal record can have devastating consequences on your future opportunities. Our Los Angeles criminal defense attorneys will review the topic further below.

How Is Loitering in a Public Bathroom a Crime?

Loitering is defined as the act of lingering idly in a place with no apparent purpose. While loitering is not illegal in and of itself, it can be unlawful when done so with the intent to break the law or seek an opportunity to do so.

California law criminalizes loitering in a public restroom when it's done with the intent of seeking out opportunities to commit "lewd and lascivious acts"—that is, public obscene or sexual activities.

What are the Penalties?

The charge of loitering in a public bathroom for lewd or lascivious acts is a misdemeanor offense. If convicted, you could be facing up to six months of jail time and a fine of up to $1,000, along with any other penalties related to additional charges.

Not all instances of loitering result in jail time, however. Depending on the circumstances surrounding the charge, your attorney may be able to convince a judge to reduce the sentence to misdemeanor probation.

Loitering is not a sex crime, so if you loiter with intent to commit lewdness, you won't be placed on a sex offender registry based on intent alone. However, if your public loitering leads to other criminal activities of a sexual nature, these crimes may indeed qualify you to register as a sex offender.

Loitering in a public toilet frequently occurs in tandem with other charges. Examples of related offenses may include, but are not limited to:

What are the Common Defenses to Loitering in a Public Restroom for Lewd Acts?

There are two overall strategies (among others) that defense attorneys may use to defend against the charge of loitering in a public toilet. These common defenses are discussed below.

Lack of intent. Remember, loitering is not a crime in itself. To obtain a conviction under PC 647d, prosecutors must demonstrate that you were loitering with intent to commit indecent acts—and proving intent can be difficult.

Your attorney can argue that your purposes for lingering in the bathroom were not criminal in intent—for example, perhaps you were waiting for a specific person, and you would have left when they arrived.

Entrapment. In many cases, defendants are arrested and charged with loitering for lewd/lascivious acts because of a common practice where undercover police hang about in public restrooms posing as gay men as part of a sting operation. Many cases involving loitering around a public toilet are undercover police sting operations in response to community complaints about illegal sexual activities in public bathrooms. 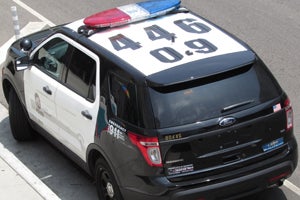 Lack of criminal intent is a common defense for loitering to engage in lewd conduct allegations.

These undercover sting operations frequently bring up the legal issue of entrapment. This is a valid defense to a loitering charge if we can prove the alleged crime was by law enforcement's tactics to induce you into committing a crime that you would not have committed but for the fraud or undue persuasion by police.

In other words, if a police officer entices someone to commit a crime they wouldn't have committed, it's considered entrapment. Police tend to set up sting operations at public parks, shopping malls, and adult book stores.

If you're charged under PC 647(d) because of an undercover cop in a public restroom who attempted to "bait" you, an attorney may be able to make a case for entrapment to have the charges dismissed. Suppose you have been accused of loitering around a public toilet. In that case, you should reach out to experienced legal representation to learn about your rights, defenses, and legal options moving forward.

Eisner Gorin LLP is based in Los Angeles County and serves people throughout Southern California, including Ventura County, Orange County, Riverside, and San Bernardino. You can contact our law firm for an initial case review at (877) 781-1570 or fill out our contact form.