The laundering of monetary instruments, also known simply as "money laundering," is a federal crime that involves concealing or disguising the source of illegally obtained money.

The offense is defined in Title 18 U.S. Code 1956, making it illegal for anyone to conduct financial transactions with proceeds from specified unlawful activities, such as drug trafficking and fraud. 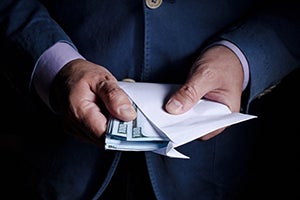 it's a federal crime under 18 U.S.C. 1956 to conceal the source of unlawfully obtained money.

Money laundering can also involve using false identities and other deceptive methods to hide the true ownership of funds derived from criminal activity.

Penalties for violating this law can be severe, ranging from steep fines to imprisonment, depending on the severity of the case.

It's known as the Money Laundering Control Act of 1986. Generally, the crime of money laundering is making money appear as if it came from a legitimate source, but it's the product of unlawful conduct.

Federal law prohibits two types of money laundering, including conducting a financial transaction with money obtained from illegal activity with the specific intent to promote unlawful activity or conceal the money's illegal source. Let's review this federal statute in more detail below.

What Is Money Laundering?

The legal definition of money laundering under 18 U.S.C. 1956 and 1957 is knowingly concealing the source of money that was obtained unlawfully. There are three steps in a money laundering process: placement, layering, and integration.

The most common definition of money laundering involves taking proceeds from illegal activity and putting them through a series of transactions to hide their true source.

This can be done by transferring money between different accounts, using false identities, or even breaking up large sums into smaller amounts to avoid detection. The goal is to make it appear that the funds have come from a legitimate source.

However, 18 U.S.C. 1956 expands this basic definition by identifying four specific types of money laundering as illegal acts. These are:

What Are the Defined Areas of Money Laundering?

18 U.S.C. 1956 specifies three specific areas in which any money laundering activities mentioned above constitute a federal crime. These are:

If you're convicted of money laundering under 18 U.S.C. 1956, you will likely face significant penalties, which include:

In addition to the fines and imprisonment mentioned above, you may also face civil penalties, which may be an additional $10,000 or the value of the property involved in the transaction, whichever is greater.

In other words, you may have to pay back up to three times the amount of money laundered between the criminal fine and the civil penalty.

To obtain a conviction on any of these money laundering offenses, federal prosecutors must prove the following elements:

Perhaps we can argue that you did not know the money was made from unlawful activities. In other words, maybe you were involved in the transaction, but you had no reason to know that the money was obtained illegally. 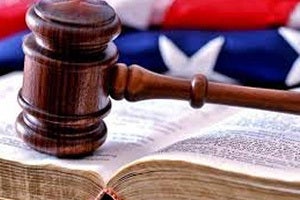 The federal prosecutor has the burden of proving that transactions came from illegal activity.

Perhaps we can argue that you were unaware of the transaction or did not participate. However, sometimes, a person may be wrongfully implicated because of their connection with someone else involved in the money laundering scheme.

Perhaps we can argue that the transaction didn't involve any proceeds of unlawful activities. This defense is generally easier to raise with single transactions, such as when someone deposits a large amount of cash into their bank account, as this kind of transaction can be more easily traced.

Perhaps we can argue that you did not intentionally conceal the source of the funds. A financial transaction with money from criminal activity only qualifies as money laundering if the transaction involves an intent to disguise the origin of the funds.

For an initial case evaluation, you can contact our law firm via phone or the contact form. Eisner Gorin LLP is based in Los Angeles, CA.