Workers' Compensation Fraud is a serious crime in the state of California. It involves, among other things, intentionally misrepresenting or lying about an injury to obtain workers' compensation benefits, such as medical care or lost wages.

This type of fraud violates California Insurance Code 1871.4 and carries potentially steep penalties if you are convicted. 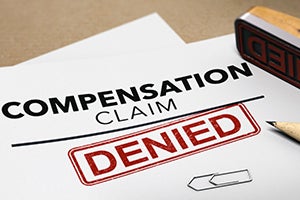 Workers' compensation fraud laws make it a crime to receive benefits you are not entitled to.

It's also a crime to submit a claim for healthcare treatment for a real injury when the doctor did not treat your injury. Further, it's illegal to submit multiple claims for the same treatment or the same injury. Let's review this state law in more detail below.

Any of the following behaviors are considered a crime under this law:

EXAMPLE 1: David trips and falls while working at his job, twisting his ankle. Although his injury is non-debilitating, David lies and claims that the injury is excruciating and prevents him from working.

EXAMPLE 2: George operates a small trucking company. One of his employees gets injured at work and files a workers' compensation claim.

Fearing that his insurance premiums will go up, George tells his insurance carrier that he is exaggerating the extent of his injuries so that they will deny his claim. As a result, George has made a false statement to get a workers' comp claim denied, and he can be charged with a crime under Insurance Code 1871.4.

EXAMPLE 3: Gina is injured on the job and goes to a physical therapist, Angela, for rehabilitation. Angela agrees to submit inflated claims to workers' compensation for Gina's treatment, and the two will split the additional benefits.

Gina and Angela can be charged with fraud under Insurance Code 1871.4 for conspiring to defraud workers' compensation.

What Are Other Fraud-Related Crimes?

Workers' compensation fraud overlaps with other fraud crimes, and in some instances, a defendant might be charged with additional crimes under these laws. These are discussed below. 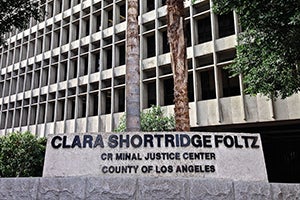 This law falls under the category of insurance fraud and makes it a crime for a physician or healthcare provider to file fraudulent claims to obtain payment from workers' compensation.

This may include filing workers' comp claims for services not provided to the patient, filing multiple claims for the same service, etc.

For example, suppose a medical provider refers someone to a specialist in exchange for a kickback, knowing and intending that the second provider will file fraudulent workers' comp claims. In that case, both providers may be charged with workers' compensation fraud.

A violation of Insurance Code 1871.4 is a "wobbler" offense, meaning it can be charged either as a misdemeanor or a felony, depending on the facts and circumstances of the case.

Whether the crime is charged as a misdemeanor or felony, a conviction for workers' compensation fraud also carries some severe financial penalties. These include:

In addition, if you're convicted, you could also face civil penalties of up to $10,000 for each illegal claim presented—and if you have prior convictions, you could face additional fines of $4000 per item or service involved in the fraud.

Our California criminal defense attorneys can use various strategies on your behalf against workers' compensation fraud charges. Every case is unique and will first require a thorough review of the details. 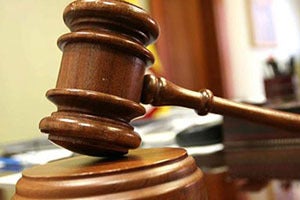 However, the most common legal defenses are discussed below.

Perhaps we can argue that you had no knowledge or intent to defraud. The primary element of the crime that the prosecutor must prove is that you knew your statements were false actions fraudulent.

Perhaps we can argue that you made a careless mistake and did not intend to defraud. The burden of proof is placed on the prosecutor beyond a reasonable doubt.

Perhaps we can argue that there is Insufficient evidence to obtain a conviction. Like most fraud-related cases, workers' compensation fraud typically involves complex, detailed reports from doctors or health care professionals. Perhaps we can find a weakness in the prosecutor's evidence.

Perhaps we can negotiate with the prosecutor prefiling to persuade them from filing formal charges, called a “DA reject.” Contact us by phone or through the contact form for a case evaluation. Eisner Gorin LLP is based in Los Angeles, CA.