In the United States, legal gambling on sports, horse races, and other betting events is regulated by the federal and state governments. People who illegally gamble using “bookies” have been booming for decades. However, the US government is more concerned with illegal gambling businesses, not individuals. Federal law regulates companies who are licensed to take bets and gamble.

Determining whether gambling is legal or illegal is often challenging as separate laws sometimes conflict with each other and the individual state laws. The federal government usually refers criminal gambling allegations to state authorities. 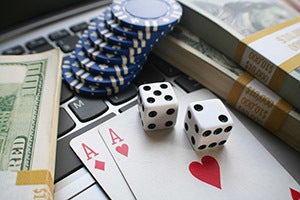 Still, the federal government has different laws on gambling, particularly internet gaming. If you violate one of these federal laws, you could potentially have federal criminal charges filed against you that carry harsh penalties.

Put simply, owning, operating, financing, or managing an illegal gambling business is considered a serious offense in the United States. If you were accused of unlawful federal gambling charges, you need to retain experienced legal counsel to have the best chance at a favorable outcome.

The federal government will take precedence and charge the defendant for a federal crime in many cases. If you are convicted of owning or running such as operation, you could face property seizures, steep fines, and up to five years in federal prison. Our Los Angeles criminal defense attorneys will review further below.

What Constitutes an Illegal Gambling Business?

According to 18 U.S. Code § 1955, the government identifies an illegal gambling business as any business that meets the following three criteria:

One crucial differentiation: Federal investigators do not have to wait 30 days before investigating a suspected illegal gambling business. According to federal law, probable cause may be established as soon as a five-person gambling business operates more than two consecutive days and generates at least $2000 in any single day.

That means prosecutors may begin getting warrants and arranging searches and seizures almost as soon as the business activity is detected. For purposes of federal law, "gambling" is defined as any activity that includes, but is not limited to, bookmaking, slot machines, dice tables, lotteries, pool-selling, roulette wheels, and similar activities.

To establish whether a gambling business is illegal in California, the federal government defers to California Penal Code 330 PC, which defines illegal gambling (gaming) as:

Prosecuting Gambling as a Federal Crime versus a State Crime

Many gambling enterprises violate both state and federal law. While the federal government typically defers to the state law for the prosecution of most crimes, it often chooses to press federal charges for illegal gambling businesses based on several factors, including:

The federal government typically exercises preeminence in these cases because it is much easier for users, bookies, and even operators to travel across state lines with their operation intact, making it difficult to prosecute offenders under state laws. Off-shore online gaming laws often have nuances between legal and illegal gambling. Obtaining money by gaming fraud is defined under California Penal Code 332 PC.

When convicted of running an illegal gambling business, you could face much steeper penalties under federal law than California state law. Violations of California PC 330 are misdemeanor crimes resulting in up to 6 months in jail and $1000 in fines. A federal conviction is a felony offense resulting in much higher fines, seizures, and up to five years in prison.

What are the Related Federal Offenses?

Operating an illegal gambling business typically violates other federal laws, so a federal indictment will often involve multiple charges. These may include but are not limited to the below.

Travel Act (18 U.S.C. 1952): crossing state or national boundaries (or using the mail across such boundaries) to conduct illegal business. 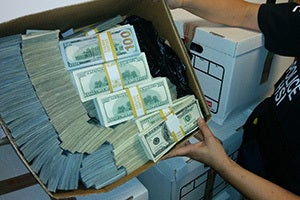 Money laundering is running illegal funds through a business to disguise the origin of the funds.

Money Laundering (18 U.S.C. 1956, 1957): the process of running illegally obtained funds through legitimate businesses to disguise the origin of the funds.

Conspiracy (18 U.S.C. 371): this is defined as an agreement between two or more people to commit a crime. Since a federal illegal gambling business involves five or more people, conspiracy frequently applies.

Tax Evasion (26 U.S.C. 7201): since most illegal gambling businesses will launder their money or not claim the income, they often falsely declare their income and could face tax evasion charges.

Federal investigators will typically start building an illegal gambling case against you without your knowledge. Once you become aware you are the target of a criminal investigation, you need to consult with a criminal defense lawyer who can potentially reduce the chances of a conviction and the penalties.

We may negotiate with the federal prosecutor for a favorable outcome, but we need to review the details to determine the best strategy.

Eisner Gorin LLP is based in Los Angeles County, and we serve people charged with illegal gambling business in California and across the United States. You can reach us for an initial consultation by calling (877) 781-1570 or filling out our contact form.