Taking a Vehicle without Consent

As in any other state, it is a crime in California to steal a vehicle. However, you can also face criminal charges if you even "borrow" someone else's car without their permission.

Vehicle Code 10851 VC, commonly referred to as California's "joyriding" law, makes it illegal to take or drive a vehicle without the person's permission. This law prohibits someone from driving or taking a vehicle without consent. If convicted, you could face up to 3 years in prison on a felony offense. 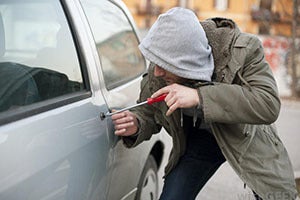 VC 10851 makes it a crime to take or drive a vehicle without consent, commonly called "joyriding."

Joyriding offenses are frequently directly associated with juveniles driving around in a stolen vehicle without any particular goal in mind. Joyriding is different from grand theft auto defined under California Penal Code 487(d)(1) PC because the joyriding person doesn't usually intend to keep possession of the vehicle permanently.

Simply put, the difference between the two related crimes typically depends on how long you intended to keep the vehicle you unlawfully took possession of. Under VC 10851, a “vehicle” includes your standard passenger car, motorcycle, scooter, bus, commercial vehicles, and a truck tractor.

In most cases, joyriding is committed by male juvenile offenders who will take a vehicle because they believe it's fun and will give them a status symbol among their peers.

Many young offenders commit joyriding recklessly and dangerously, creating a threat to public safety by driving the car, other a high speed, and aggressively swerving in and out of traffic. Our Los Angeles criminal defense attorneys will review this topic further below.

"Joyriding" is a term commonly used to describe the action of taking or driving a vehicle without permission. While the name comes from the notion that no harm was intended, it's a serious crime under California law.  Vehicle Code 10851 defines joyriding as:

It doesn't matter if you intended to keep the car indefinitely, return it immediately, or drive only around the block—if you don't have consent to take or use the car, then you are joyriding. From a legal standpoint, prosecutors must demonstrate the following facts to convict you of violating VC 10851:

When a joyriding defendant is a minor, the Juvenile Court will typically have jurisdiction over the case. Under the California juvenile court system, many offenses are considered delinquent acts rather than criminal offenses.

When determining how to charge an offense specifically, the juvenile court will usually consider the exact nature of the crime, age of the minor, criminal history, among other factors.

What Are Examples of Illegal Joyriding in California?

Taking or driving someone else's car without permission can happen under various circumstances. Some may seem harmless enough, but they are still illegal and result in criminal charges. Here are just a few of many possible examples:

Joyriding in California is a "wobbler" offense, meaning prosecutors may charge it either as a misdemeanor or a felony. The circumstances of the crime and your criminal history will play a role in determining how your case is classified.

If convicted of misdemeanor joyriding, you face up to one year in county jail and a fine of up to $5000. Felony convictions may result in additional fines or prison time between 16 months and three years.

You may also face enhanced fines of up to $10,000 and extended prison time of up to 4 years if you have prior convictions for joyriding or grand theft, or if the vehicle you took was an official vehicle on an emergency call (e.g., ambulance, police car, fire truck).

If you are charged with taking or driving a vehicle without consent under VC 10851, you may also be charged with the following related crimes, depending on the alleged facts of the case:

How Can I Defend Against Joyriding Charges?

To procure a joyriding conviction, prosecutors must establish that you took a car you didn't own, did so without the owner's permission, and did so with the intent of denying the owner possession of the vehicle for the time that you took it.

Thus, most defenses against joyriding charges have to do with disproving one or more of these facts. Common defenses include the following listed below.

You had a claim of right to ownership. In other words, you lawfully owned the car you took, even if the alleged victim says you didn't and can establish evidence of ownership. You can't unlawfully take something that was yours, to begin with.

You had the owner's permission. In other words, your attorney will attempt to disprove the owner's claim that you took the vehicle without consent.

There are several strategies we can use against charges of VC 10851 taking a vehicle without consent.

You had no intent to deprive the owner. Perhaps you drove the car without permission, but you had no malice or purpose of keeping the owner from their property. For example, you believed the owner had no need for the vehicle at the time, and you were causing no inconvenience.

You acted under duress. In certain instances, you may be able to make the argument that someone forced you to take the car under the threat of injury.

In-Vehicle Code 10851 VC joyriding cases where guilt is not in doubt, we might be able to negotiate with the prosecutor for a favorable plea agreement to keep a conviction off your record.

Eisner Gorin LLP is a Los Angeles-based criminal defense law firm. You can reach us for an initial case review by calling (877) 781-1570 or filling out our contact form.