California Penal Code 264.1 PC is the statute that makes it a crime to act in concert with another person in committing a rape, known as a “gang rape.”

This law applies when two or more people work together to engage a victim in non-consensual sexual intercourse. Readers should note that PC 264.1 gang rape is a separate crime, not a sentencing enhancement. 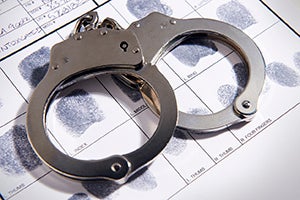 The gang rape law can be charged when two or more people work together to commit a rape.

Rape is a crime in all states, but California has a specific law making it a serious felony crime for two or more people to cooperate, called “acting in concert,” in committing an act of rape.

Penal Code 264.1 PC legally defines rape in concert as “when someone, voluntarily acting in concert with another person, by force or violence against a victim's will to commit a sex crime, either personally or by aiding and abetting someone, that fact shall be charged in the indictment….”

In other words, rape in concert with somebody is charged under Penal Code 264.1 PC when forcible rape occurs while cooperating with another individual or aiding and abetting the commission of a rape.

To convict a defendant under this statute, the prosecution must prove that the alleged victim was forcibly raped and the defendant was criminally liable for committing the rape or aided and abetted the rape.

The crime of rape, defined under Penal Code 261 PC, is a felony sex crime with harsh legal penalties. In addition to the state prison sentence, they will be ordered to register as a sex offender and have a violent strike on their record for life. Our California criminal defense attorneys will examine this topic in more detail below.

Overview of the “Gang Rape” Law in California

Penal Code 264.1 PC is a felony crime when two or more people act in concert to commit an act of non-consensual sex. This statute is violated when you:

This statute does not differentiate between the person committing the rape and anyone who is assisting. All people involved will be charged with the same crime and subjected to the same penalties as though they all committed rape, despite what role they played in the act.

The individual who “aids and abets” someone in the act of rape could also be charged with an in-concert act of rape. The phrase “aiding and abetting” means the following:

You don't technically have to be physically present to aid and abet a crime if you did something material that contributed to its commission, such as playing a role in the planning.

The penalties for PC 264.1 gang rape are harsh. This offense is always charged as a felony, and the penalties are based on the age of the victim discussed below.

The penalties are in addition to the sentence for the underlying rape conviction.

What Are the Related Sex Crimes?

Penal Code 264.1 PC gang rape is usually charged with other sex crimes due to its violent nature. These can include the crimes below.

Penal Code 261 PC rape - in some cases, the person who raped the victim could also face a separate crime of rape. 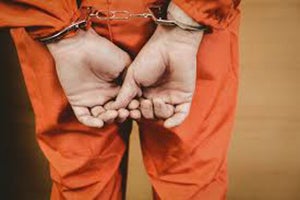 Gang rape in concert is closely related to several other serious sexual-related offenses.

Penal Code 220 PC assault with intent to commit a felony – this is a separate felony frequently charged with rape or gang rape.

Penal Code 287 PC oral copulation by force or fear is non-consensual contact between somebody's mouth and another person's genitals.

Penal Code 261.5 PC statutory rape is the crime of having sexual intercourse with someone under 18, even with sexual consent.

Penal Code 286 PC sodomy – this offense is the unlawful contact between the penis and anus of another person by use of force, fear, or threats,

What Are the Best Common Defenses?

If you have been charged with gang rape, your legal defenses are limited unless you can establish an alibi, are the victim of mistaken identity, or were falsely accused.

If you were accused of aiding and abetting a gang rape, we could use several types of defenses to obtain an acquittal or get the charges reduced or dismissed. Perhaps we can make the following arguments:

This defense strategy works best if we have witness testimony that you made your intentions clear to the defendants and attempted to prevent the crime.

Other possible defenses to rape in concert charges include arguing that the alleged victim consented to sexual activity. 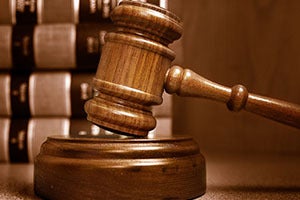 Perhaps we can prove the accusations are false and that you were wrongfully arrested after the alleged victim regretted giving consent to sexual intercourse. Maybe the accuser was motivated to lie. Perhaps you are the victim of misidentification by the alleged victim.

Maybe there was some misconduct by the police, such as an illegal search or a coerced confession.  If we prove that law enforcement acted unlawfully, the prosecution might be forced to dismiss the case.

Prosecutors have a high burden to prove your guilt beyond a reasonable doubt. The criminal charge might be dropped if they cannot meet this high burden.

Depending on the details of the case, we might be able to negotiate with the District Attorney for reduced charges or get the case dismissed. Further, through prefiling negotiations, with law enforcement and the prosecutor, perhaps we can convince them not to file formal criminal charges, called a “DA reject.”

Eisner Gorin LLP is located in Los Angeles County. You can contact us for an initial case consultation by calling (877) 781-1570 or filling out the contact form.