In the state of California, there are several statutes that define and penalize crimes that involve credit card and debit card fraud. 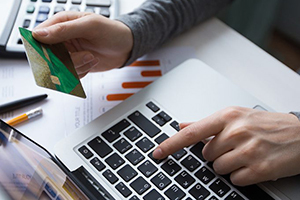 PC 484e-j makes it a crime to fraudulently use a credit or debit card to receive goods or services you are not entitled to receive.

These statutes make it a crime for anyone to use a credit or debit card in order to receive goods, services, or money they are not entitled to receive.

The various California statues that specifically address these fraud-related crimes, which consist of stealing, counterfeiting, altering and forging of cards, include:

This article will review the most common types of credit and debit card fraud charges, penalties, common defenses, and the possibility of a prefiling intervention to reduce or drop charges before court.

Our Los Angeles criminal defense lawyers are providing a detailed review below.

Penal Code Section 484e is the crime of:

It should be note you can violate Penal Code 484e PC with the mere possession of the contraband items.

No actual monetary loss to the victim has to occur to be convicted under PC 484e.

Violating PC 484e is filed as a grand theft (Penal Code 487) “wobbler” crime, which means it can be charged as either a misdemeanor or a felony.

If convicted of PC 484e as a misdemeanor, the penalties include:

If convicted of PC 484e as a felony, the penalties include:

Violating PC 484f is charged as a forgery (Penal Code 470) and is another California “wobbler” crime.

Penal Code Section 484g describes the fraudulent use of a credit card or credit account.

This subsection is aimed at anyone who knowingly uses an: 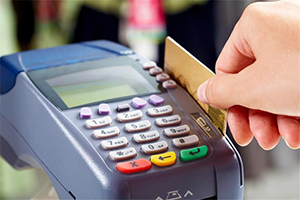 PC 484g makes it a crime to knowingly uses a fake, stolen, or forged credit card to receive goods, cash, or services.

It should be noted again that actual loss to the business or financial institution is not required.

Violating PC 484g is charged as either a petty theft or grand theft. If the value of the items was less than $950, it's a misdemeanor carrying up to one year in county jail.

If the value of the items is greater than $950, it's a felony grand theft carrying up to 3 years in jail.

Violating 484h is also charged as either a petty theft or grand theft. Again, if the value of the items is under $950, it's a misdemeanor carrying up to one year in jail and a fine.

If the value exceeds $950, it's a felony grand theft carrying up to 3 years in jail.

Penal Code Section 484i describes the counterfeiting of credit or debit cards, including: 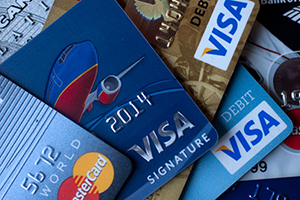 Penal Code 484i describes the crime of counterfeiting credit or debit cards including possession of credit card making devices.

Once again, it's not necessary that the prosecutor prove that the defendant caused a financial loss to a third party, or intended or attempted to cause such a loss.

The mere possession of the counterfeit cards or card making equipment is sufficient to be convicted under Penal Code 484i PC.

Penalties for PC 484i

Violating PC 484i is another California “wobbler” that can be charged as either a misdemeanor or felony crime and carries the same penalties as listed above.

This normally occurs on the internet, but could also occur via mail, in person, or by any other means. The credit card information includes publishing:

Violating PC 484j is a misdemeanor crime carrying up to one year in the county jail and a $1,000 fine.

As you can see above, most of the subsections of Penal Code 484 can be charged as “wobblers” under California law.

This simply means the prosecutor has the discretion to file either misdemeanors or felonies.

While proving actual losses is not required under most subsections of Penal Code 484:

Factors that determine how a credit card fraud case is filed

Whether a prosecutor decides to file a credit or debit fraud case as either a misdemeanor or felony will depend on several factors including:

How Can I Fight PC 484 Credit Card Fraud Charges?

If you have been accused of any type of credit card fraud in California, there are several common defense strategies, including:

Defending charges of credit or debit card fraud will often focus on the intent of the defendant.

Fraudulent intent is simply the intent to deceive the victim, cause them to rely on the false statements made, and deprive them of some valuable property. 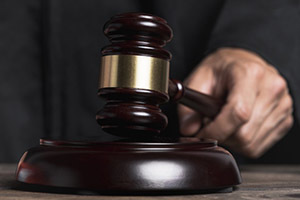 If you were accused of credit card fraud in California, our lawyers can use a variety of strategies to obtain the best possible outcome.

Based on the details of the case, we might be able to make an argument you lacked fraudulent intent.

Also, a good-faith mistake should not form the basis for a criminal prosecution under any of the subsections of Penal Code 484.

Through the process of prefiling intervention, we might be able to persuade the prosecuting agency to reduce a felony level arrest to a misdemeanor level filing in court.

It might also be possible to persuade them to reject that charges for prosecution completely.

If you or a family member has been charged with credit or debit card fraud under California law, contact our experienced team of Los Angeles criminal defense attorneys for an initial consultation.