Public corruption is described as a breach of trust or even the abuse of an official position by a public official. This offense occurs when a public official acts within their official capacity when their motivation is primarily self-serving, and in their own best interest. 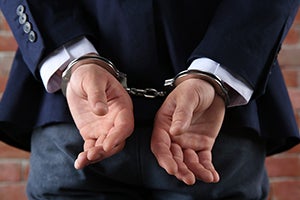 Public corruption primarily involves a breach of public trust or abuse of position by an official.

For example, a public corruption crime frequently involves them accepting financial compensation in exchange for acting, or declining to act, in a specific way.

This type of federal offense could also involve a public official embezzling money or property from the government.

Prosecutors in most federal public corruption cases will also file conspiracy charges against other defendants to secure additional convictions. A “conspiracy” is described as two or more people making an agreement to participate in criminal activity.

Conspiracy charges are very common in federal public corruption cases due to the fact this type of crime normally involves more than one person. For example, there is normally someone offering an unlawful payment and the public official who accepts it.

After federal prosecutors reviews all the facts and circumstances, they will often use the following statutes to indict someone for public corruption:

Public corruption occurs in many different forms and locations, such as political candidates accepting donations that are in violation of federal campaign finance laws. Our Los Angeles criminal defense lawyers will review the laws below.

Most public corruption cases are investigated by the Federal Bureau of Investigation (FBI), which is within the United States Department of Justice (DOJ).

The Office of Inspector General (OIG), along with local state-level law enforcement authorities and prosecutors, work closely with the FBI to pursue public corruption cases.

The FBI has stated publicly they firmly believe public corruption cases are a threat to national security. In fact, they devote significant resources to identify and thoroughly investigate credible allegations of public corruption. 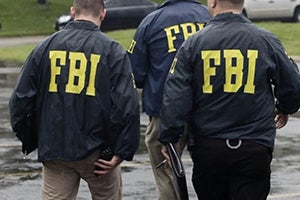 Public corruption cases are normally investigated by the Federal Bureau of Investigation.

The FBI also works with organizations within the private sector to encourage individuals to report suspected incidents of public corruption.

It should be noted, all public officials, federal and state, are subjected to anti-corruption laws, including outside the United States.

The DOJ will investigate cases against federal employees if there are credible allegations of a conflict of interest, which are defined under 18 U.S.C. § 207 and 18 U.S.C. § 208, that are slightly different.

"Corruption" is one of those terms you often hear bandied about, read in headlines, or see on TV shows about news and politics.

To hear some people talk about it, you'd be forgiven for thinking that corruption is the rule rather than the exception when it comes to the behavior of public figures in the United States.

But what's the actual definition of corruption? Does it always constitute a crime? And how does the American Justice System punish those deemed guilty of public corruption or a related crime?

From Watergate to the World Wide Web

Perhaps the most famous—or infamous—example of public corruption is the Watergate scandal of the 1970s.

This iconic case forever altered the American political landscape and resulted in the only resignation of a sitting U.S. president after President Richard M. Nixon and his administration were complicit in a string of connected scandals centered on his re-election bid and political opponents.

Since then, the suffix "-gate" has been tacked onto various names and terms as a sort of shorthand for similar misdeeds, such as Sharpiegate or Pizzagate.

The complexity of public corruption cases has increased exponentially since Western society has come to rely on the internet for—well, for nearly everything.

Digital life offers a much wider range of communication channels, 24/7 access to colleagues and potential co-conspirators around the globe, and the promise—if not the guarantee—of anonymity. In other words, a perfect breeding ground for acts of public corruption.

According to the Legal Information Institute at the Cornell School of Law:

There is also a similar legal definition from the Black's Law Directory:

In short, corruption can occur when a person in a position of power abuses that power for personal gain. Some examples of corruption include:

Of course, these are just a few examples; public corruption takes on many faces and occurs in every sector of society.

The majority of convictions handed down in corruption cases fall under the subcategories of bribery, fraud, extortion, and conspiracy.

Public Corruption on the Federal Level

Many corruption cases play out in state courts and are therefore subject to the provisions of state law and its consequent punishments.

However, as noted above, there are statutes allowing for the prosecution of public corruption on the federal level.

The three most common of these are the Hobbs Act, statutes concerning mail and wire fraud under 18 U.S. Code Chapter 63, and the Racketeer Influenced and Corrupt Organizations Act (RICO).

The Racketeer Influenced and Corrupt Organizations Act, aka RICO

Enacted in 1970, the Racketeer Influenced and Corrupt Organizations Act (RICO) was designed to prosecute racketeering activity as a key part of organized crime in the United States. Specific crimes under RICO include:

RICO covers 35 offenses, but they have one thing in common: they must be connected to an enterprise. An enterprise can refer to a street gang, drug cartel, crime family, corporation, political party, or other discrete entity in this situation.

Enacted in 1946, the Hobbs Act concerns extortion and robbery, adding in the element of "wrongful use of force or fear."

That could mean the threat of physical violence, as in armed robbery, but it also refers to other threats.

To convict someone under the Hobbs Act also requires that the defendant's actions either obstructed, delayed, or affected interstate or foreign commerce or were intended to do so.

Like RICO, this legislation had its roots in anti-racketeering measures, but the Hobbs Act now enjoys a slightly wider scope. As with other federal crimes, the Hobbs Act also stipulates interstate activity.

These crimes refer to the transmission of documents or information related to fraud, either electronically or physically, through mail or courier systems.

Note that for mail and wire fraud to be charged in federal court, the fraudulent activity must have been committed interstate, in other words, the communication crossed state borders.

Additionally, the term "wire" in this context can refer to any method of transmitting information, including fax, internet, telephone or SMS services, television, radio, and others, as well as the USPS and shipping services such as UPS or FedEx.

Naturally, these charges are serious ones, and they require top-notch legal assistance. If you are facing corruption charges, it is imperative to consult with an experienced criminal defense lawyer who know how to deal with federal public corruption cases. 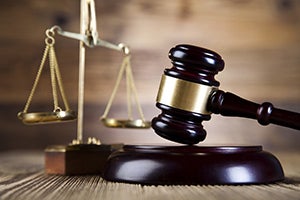 These are several defense strategies we can use to fight federal public corruption cases.

Early intervention into your case by our law firm is crucial to the outcome. The vast majority of federal investigations last for many months before charges are filed.

If you retain a defense lawyer early in the process, it could prove critical in the decision whether formal charges will be filed by the prosecutor.

Your lawyer can be your voice during the investigation and negotiation with the prosecutor might be possible before formal charges are filed.

Further, we might be able to identity weaknesses in the prosecution's case and show them they can't prove it beyond a reasonable doubt. Perhaps we can show there was no actual intent to commit public corruption.

We need to first review all the details in order to determine the best strategy to fight the case.

Eisner Gorin LLP is based in Los Angeles County and you can contact us for an initial consultation at (877) 781-1570.