There are many ways to commit auto insurance fraud, such as violating Penal Code 548 PC by damaging or abandoning your car on purpose with the intent to collect insurance money. 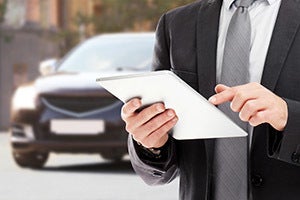 Auto insurance fraud can occur in many ways, such as submitting a fraudulent insurance claim.

You can also face criminal charges if you knowingly submit a fraudulent claim due to alleged damage or theft of your vehicle. Other forms of insurance fraud include exaggerating the damage on your car when there was pre-existing damage.

Further, making multiple insurance claims for the same accident, staging a car accident, or having someone steal your car to collect insurance money also falls under the category of auto insurance fraud.

Auto insurance fraud in California, specifically Los Angeles County, has been a significant issue for insurance companies for decades. Most forms of auto insurance fraud are a felony crime, but some are “wobblers” that can be filed as a misdemeanor by the prosecutor, depending on various factors.

A conviction for any of these offenses could result in probation at best and five years or more in prison at worst—including fines and restitution to the insurance company.

Our Los Angeles criminal defense lawyers will review this topic more closely below with a discussion of California laws on four separate offenses related to auto insurance fraud.

This law makes it a crime to deliberately damage, destroy, hide, or abandon a vehicle to file an insurance claim against it. This crime is a felony offense. Examples may include:

The “intent to defraud” means your goal in deceiving the insurance company was to cause a monetary loss or damage to their financial rights.

PC 548 doesn't require you to cause damage to the car personally. Instead, you can be found guilty of auto insurance fraud if you intentionally attempt to collect money from an insurance company fraudulently and take direct steps to complete it.

Under this law, it's a crime to refer someone to an auto repair shop, knowing that the shop submits fraudulent insurance claims. It's also a crime for such a shop to solicit someone for their business for claims fraud.

This crime is a "wobbler" offense charged either as a misdemeanor or felony. Some examples include the following:

This statute has different subsections prohibiting submitting false insurance claims with the intent to defraud the insurance company. This law criminalizes the actual act of knowingly submitting a fraudulent insurance claim, along with related activities that surround it. Some examples include the following:

It's not required that the insurance company suffers a loss. This law also includes making written or oral statements as part of the claim. Violations of PC 550 are typically charged as felony offenses, except making false statements, which is a "wobbler" offense.

If you cause a car accident with the intent to defraud a car insurance company, the fine is up to $50,000 or double the fraud, whichever amount is greater.  If you have two prior convictions for auto insurance fraud for causing a car accident, you will face a five-year sentence enhancement in state prison.

This law makes it a crime for auto repair shop owners or employees to solicit referrals for kickbacks. This is a "wobbler" offense, charged as a misdemeanor for amounts less than $950 or a felony for amounts greater than $950.

Some common examples of violations of PC 551 illegal referrals include the following:

Related crimes for auto insurance fraud, meaning crimes that can be charged in addition to, or instead of, one of the laws listed above, include Penal Code 451 PC arson and Vehicle Code 10501 VC false report of vehicle theft.

What are the Penalties for Auto Insurance Fraud in California?

As noted, the various auto insurance fraud crimes listed above may either be charged as a misdemeanor or felony offense.

For specific "wobbler" offenses, the prosecutor will decide how to charge you based on several factors, including the nature and circumstances behind the alleged crime, whether you have prior convictions, and which level of corruption is most likely to result in a conviction.

Prior fraud convictions may also extend prison e up to 2 more years per offense. For most fraud convictions, you will also be required to make restitution to the insurance company you defrauded.

The primary factor prosecutors must prove in fraud cases is intent to defraud. In other words, they must show that you knew what you were doing was wrong and that you did it with the specific purpose of obtaining money fraudulently.

For this reason, the most common way for a lawyer to defend against auto insurance fraud charges is to argue that you had no intent to defraud, showing that your actions might have had an innocent explanation. 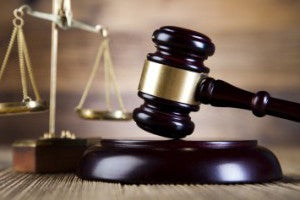 Prosecutors must prove you had an intent to defraud to convict you of auto insurance fraud.

For example, perhaps you accidentally smashed your car window, or even purposefully in anger, and wrongly assumed your insurance would cover it. Or maybe you made a mistake on your claim form by including damage that existed before the accident occurred.

Our lawyers might be able to argue you made a careless mistake that the insurance company misinterpreted. If we can cast doubt on the crucial issue of intent, you can most likely avoid a conviction.

Another potential defense includes insufficient evidence. For example, some auto insurance fraud cases are often complex and challenging to prove because they involve large amounts of documentation and circumstantial evidence.

Perhaps we can negotiate with the prosecutor for reduced charges or a case dismissal. Further, we might be able to avoid formal criminal charges through prefiling intervention, which is negotiations with law enforcement detectives and filing prosecutors.

Eisner Gorin LLP is based in Los Angeles County, and you can reach out to our law firm for an initial consultation by calling (877) 781-1570 or by filling out our contact form.