Bank fraud defined under 18 U.S.C. § 1344 could include theft or embezzlement of money by a bank employee or a much larger illegal scheme to defraud, like improper evaluation of property, false loan application, or unlawful use of loaned money. 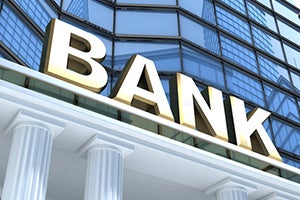 Bank fraud is an intentional act or scheme to defraud a federally insured financial institution.

In other words, this federal statute makes it a crime to defraud a bank or participate in a scheme to defraud any financial institution's accounts.

Bank fraud is a common crime, especially with the online increase of faceless financial transactions in a modern economy. For some people, bank fraud is a victimless crime due to the size of national banks. They believe a slight exaggeration or concealment is not hurting anyone, and the banks can afford it.

However, bank fraud typically involves illegal cheating. Bank auditors examine records looking closely for fraud. If they discover valid evidence, they will refer the case to federal prosecutors for a possible indictment.

A related federal crime, 18 U.S.C. 1014, makes it a crime to submit false statements to a financial institution. If you are convicted of bank fraud, you face huge fines up to $1,000,000 up to thirty years in the Federal Bureau of Prisons. Our Los Angeles criminal defense lawyers will review this topic further below.

What Is the Definition of Bank Fraud?

In the context of this crime, “fraud” is an intentional false statement made with the intent to induce someone's reliance on their loss. The federal jury instructions emphasize that fraud is primarily a crime of intent. In other words, a scheme or artifice isn't something done by mistake.

Someone must know of the false statements causing a loss in a bank transaction. They must have the purpose to defraud through deception or cheating.

The financial institutions covered under this law are federally chartered or insured by the federal government, such as the Federal Deposit Insurance Corporation (FDIC).

What are the Related Federal Statutes?

The United States Department of Justice (DOJ) states that 18 U.S.C. § 1344 bank fraud statute is closely related to more-specific anti-fraud laws designed to protect U.S. banks, such as the following:

It is common for anyone accused of bank fraud to get indicted on multiple charges under different laws.

What Are Some Examples of Bank Fraud?

Fraud can occur in many forms and some common examples of federal bank fraud under 18 USC Section 1344 include the following deliberate acts:

How Can I Fight Bank Fraud Charges?

If you are under investigation for bank fraud, do not make any statements to federal agents that are attempting to gather evidence as you are protected by the Fifth Amendment privilege against self-incrimination. You also have a Sixth Amendment right to counsel.

Further, if you are charged with bank fraud, it does not mean you will be found guilty. Federal prosecutors have to prove every element of the crime beyond a reasonable doubt the obtain a conviction. Fraud-related charges are sometimes challenging to prove as it involves a defendant's guilty state of mind. 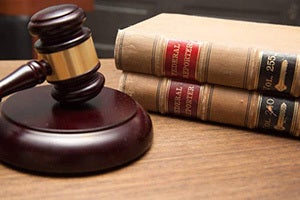 There are several defense strategies we can use to fight federal bank fraud allegations.

It might be possible to argue you simply made a mistake in dealing with the bank, such as misstating information that made it appear your financial condition look better than it is. In other words, an error is not the same as an intentional act, which is a crucial factor.

Some people innocently leave information off of financial documents, alter documents prepared by other people, and complete documents left incomplete by others. Simply put, these acts are not evidence of deception and fraud, even if they were to your benefit financially.  We could argue your conduct was not deliberately deceptive.

The crucial factors for a bank fraud conviction are the elements our experienced defense lawyers will target in an attempt to cast reasonable doubt. Federal bank fraud is a serious offense with massive penalties and time in federal prison.

Our top-rated lawyers defend people across the United States against federal charges, including federal bank fraud. We know how to protect you, enforce your constitutional rights, and defeat unfounded charges. We might be able to negotiate it the prosecutor for a favorable outcome if guilt is not in doubt, but are prepared to take the case to trial if necessary.

Eisner Gorin LLP is based in Los Angeles County, and you can reach our firm for an initial consultation by calling (877)  or filling out our contact form.