Are Escorts Legal in California?

The question about the legality of escorts in California can be a bit confusing, especially considering that many people equate escort services with prostitution.

The truth is, there is a difference between an escort and a prostitute, but there is also a fine line between the two that, when crossed, becomes illegal.

The short answer is yes; escorts are legal in California. The definition of escorting is to offer one's time and companionship in exchange for money or some other consideration or form of compensation. 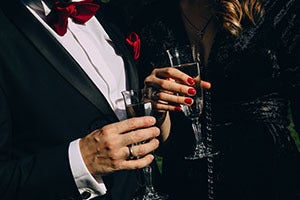 California laws allows escorts to offer companionship for a fee, but not sexual activity.

In other words, California laws allow escorts to offer their services at a fee. However, the state requires escorts to apply for a license to be allowed to work legally. Thus, it's a crime for an escort to provide services without a valid license.

There is no law against trading companionship for money; escorts are commonly hired to accompany clients at events, dates, or just for conversation. However, an escort must not engage in any form of sexual activity or contact with a client as part of their services.

If they do, they can be charged with prostitution under California Penal Code 647(b) PC, which says, “Anyone who solicits or agrees to engage in any act of prostitution with the intent to receive compensation, money, or anything of value from another person is guilty of a misdemeanor crime.”

Prostitution and solicitation are misdemeanors. A first and second-time conviction will carry up to a $1,000 fine and up to six months in county jail. If the prostitute was a minor under 18, you could be fined up to $10,000 and receive up to one year in jail.

If someone asks an escort for sex, they can be charged with solicitation under the same law. Our California criminal defense lawyers will examine this topic in more detail below.

Yes, it does. Escorts are required by the state to be licensed, which involves a thorough background check. The state monitors escorts and escort services carefully. 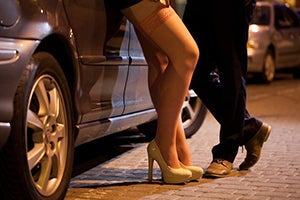 In California, escorts are required to be licensed and the state monitors escort services.

Likewise, if someone offers their services as an escort without being duly licensed, they can be charged with escorting without a license under local ordinances.

For escort agencies, violations can be met with even more severe penalties. Suppose an escort agency permits its escorts to engage in sexual activities with clients. In that case, the owners can be charged with supervising or aiding a prostitute (Penal Code 653.23 PC), a misdemeanor punishable by up to 6 months in jail.

Suppose an escort agency encourages its escorts to engage in prostitution or collects a commission from prostitution revenue.

When Does Escorting Turn into Criminal Activity?

It is not a crime in California either to function as an escort or to hire an escort. However, it crosses the line into illegal activity if either of the following things occurs:

If the escort offers or agrees to participate in lewd (sexual) activity. This can include all acts of a sexual nature, including intercourse or contact with genitals, buttocks, or the female breast. At this point, escorting becomes prostitution.

Suppose the client asks the escort to engage in lewd (sexual) activity. It is illegal even to ask an escort for sexual favors. Doing so crosses the line into solicitation.

In either case, note that no sexual contact needs to happen for it to be considered a crime under PC 647(b). All that needs to happen is for there to be an offer or agreement to engage in sex in exchange for compensation.

What If Sex Happens "Off the Clock?"

One common defense against prostitution and solicitation charges is if an escort agrees to engage in sexual behavior with a client after their paid time for escorting has expired. In reality, this is a gray area.

While one might argue that no money or goods were exchanged for the act of sex itself, if law enforcement has probable cause to believe that sex was the ultimate objective (i.e., the escort intended to engage in sex at a later time), they can still arrest and charge the escort or client under PC 647(b).

What If No Money Changed Hands?

It is not necessary for money to exchange hands for an escort/client relationship to venture into illegal prostitution.

If the prosecutor can show that there was an agreement or understanding that sex would be exchanged for some other form of compensation (such as drugs, shelter, or something else of value.), charges can still be filed, and you could still be convicted.

What Are Common Defenses Against Prostitution Charges?

If you are facing charges of prostitution or solicitation in the context of escorting, defense attorneys may employ several defenses to refute the charges. These are discussed below.

Perhaps we can argue that nothing of value was exchanged for sex. Maybe there was no offer or agreement to have sex. For example, only one party made an offer, and the other did not agree. This defense incriminates the one who solicited sex but absolves the other. 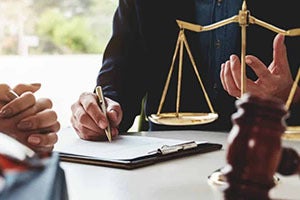 There are some common legal defenses.

Perhaps we can argue that you were entrapped by law enforcement. Sting operations intending to catch “johns” sometimes involve law enforcement, enticing people to engage in criminal acts they wouldn't normally do.

Still, if an undercover cop applies undue pressure to commit a crime you wouldn't have customarily committed, it's considered entrapment.  If your attorney can make a case for entrapment, the charges will be dropped.

Perhaps we can negotiate with the prosecutor to avoid the formal filing of charges because there is insufficient evidence to prove the case against you beyond any reasonable doubt.

Eisner Gorin LLP is a Los Angeles-based criminal defense law firm. You can contact us for a case evaluation by phone or use the contact form.