California Penal Code 243.4 PC defines the crime of sexual battery as the touching of the intimate parts of another person for the purpose of sexual gratification, arousal, or abuse.

This common sex offense is often called “sexual assault” and the “intimate parts” of someone's body include the:

PC 243.4 sexual battery is another California “wobbler” that can be charged as either a misdemeanor or felony sex crime.

A felony conviction will normally carry a requirement to register as a sex offender under California Penal Code 290 PC.

An example of a PC 243.4 misdemeanor sexual battery includes a scenario where someone intentionally touches a female's breast over her clothing without consent.

An example of felony sexual battery includes a scenario where someone physically forces another person to the floor, holds them down, then places their hand inside the pants in order touch the intimate parts of their body.

For more detailed information, our Los Angeles criminal defense lawyers are reviewing the law below.

The California sex crime of sexual battery is defined under Penal Code 243.4 as:

It should be noted that sexual battery charges don't require an act of penetration or sexual intercourse.

Further, you can still be charged under this statute if you are involved in a relationship with the accuser.

This definition of misdemeanor sexual battery means you can be charged with violating Penal Code 243.4 if you:

Touching means to make contact with an intimate part of the alleged victim directly on bare skin or even through their clothing.

What Factors Must Be Proven for a Felony Sexual Battery Case?

In order for the prosecutor to obtain a conviction for a felony sexual battery case in violation of penal Code 243.4 PC, they must be able to prove several different factors.

These factors are commonly called the “elements of the crime” and listed under CALCRIM 935 California Criminal Jury Instructions:

For a felony sexual battery conviction, the intimate parts include the victim's anus, groin, sexual organ, buttocks, or female breast.

Further, the contact must have been made on the victim's bare skin, or their bare skin must have touched the defendant directly or through clothing.

What are the Penalties for a Sexual Battery Conviction?

If you are convicted of sexual battery in violation of Penal Code 243.4, the penalties will always depend of the facts and circumstances of the case.

As stated, sexual battery is a “wobbler” that can be charged as either a misdemeanor or felony case.

A prosecutor's decision on how exactly to file the sexual battery case will depend on the facts of the case, defendant's criminal history, and whether there are any aggravating factors, including:

If you are convicted of misdemeanor sexual battery, the penalties include: 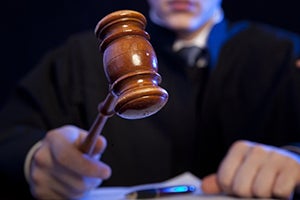 PC 243.4 sexual battery charges can be filed as either a misdemeanor or felony crime.

If you are convicted of PC 243.4 felony sexual battery, the penalties include:

If the victim sustains a great bodily injury (GBI), the defendant could receive an additional three to five years in prison.

If you were accused of a misdemeanor or felony sexual battery case in violation of penal Code 243.4, our criminal defense lawyers will review the details of the case to determine the best strategy for a favorable outcome. The common defenses include:

Recall from the elements of the crime above, the prosecutor must prove the touching was against the alleged victim's will. Perhaps we can make an argument you had a reasonable belief that the touching was consensual.

Most sexual battery cases don't have supporting physical evidence or require a physical injury. Perhaps we can make an argument there is simply not enough evidence to support the charges.

There are cases where people have been falsely accused and wrongfully arrested for sexual battery. Perhaps we can make a reasonable argument the alleged victim made false allegations 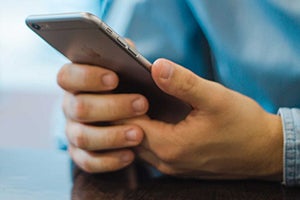 against you out of anger or revenge.

If you are facing Penal Code 243.4 PC sexual battery charges, you should contact our experienced team of criminal lawyers for a consultation.

We understand the serious nature of these charges and the impact they can have on your life.

Through prefiling intervention, we might be able to persuade the prosecutor from filing formal charges before court.