What Are the Degrees of Murder?

In the state of California, murder is defined under Penal Code 187 PC as killing another human being "with malice aforethought." However, there are plenty of other circumstances that determine whether a defendant accused of murder will be charged with first-degree or second-degree murder. 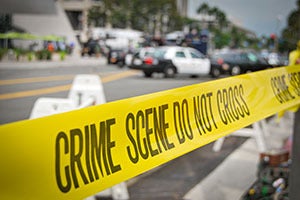 California only recognizes two degrees of murder: first-degree and second-degree. Human killings that fall beneath the threshold of "malice aforethought" are classified as voluntary, involuntary, or vehicular manslaughter (Penal Code 192 PC) rather than lesser degrees of murder.

PC 189 says: “All murder perpetrated using a destructive device or explosive, a weapon of mass destruction, use of ammunition designed to penetrate metal or armor, poison, lying in wait, torture, or another willful, deliberate, and premeditated killing, or committed to perpetrate, arson, rape, carjacking, robbery, burglary, mayhem, kidnapping, train wrecking, or any act under Section 206, 286, 288, 288a, or 289, or murder perpetrated by use of discharging a firearm from a motor vehicle, intentionally at someone with the intent to inflict death, is the murder of the first degree. All other kinds of murders are of the second degree.”

A PC 187 first-degree murder conviction carries a sentence of 25 years to life in state prison. If the killing involved torture or lying in wait, called a “special circumstance,” you could face life in prison sentence without parole.

To charge someone with PC 187 murder, prosecutors must prove you killed somebody with malice or forethought, which means you thought about it and planned it. Second-degree murder is a willful act, but it is not deliberate, and there was no premeditation.  Our California criminal defense attorneys will explain this topic in more detail below.

What Is First-Degree Murder?

First-degree murder is the most severe charge an accused can face in California. It's defined as an unlawful killing with malice aforethought that was premeditated, committed in a particular manner, or committed in the process of committing certain other felony offenses.

According to PC 189, first-degree murder has occurred when any of the following are true:

Regarding the last point, the list of felonies that qualify a killing as first-degree murder includes, but is not limited to:

What is Second-Degree Murder?

According to PC 189, all other types of killing with malice aforethought that don't match the criteria for first-degree murder are charged as second-degree murder.

More to the point, second-degree murder is not specifically premeditated or deliberate but instead occurs due to extreme recklessness—thus making it more severe and grave than a manslaughter charge. Instead, the defendant acted recklessly so that any reasonable person would know it would likely result in death.

EXAMPLE 1: Bill vows revenge on Tim, who he claims seduced his wife. He tracks Tim's regular movements for several weeks, hides in an alley where Tim will pass by, and kills him by stabbing him with a knife. Bill will be charged with first-degree murder because his actions were premeditated, and he lay in wait for his alleged victim. 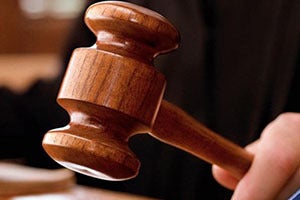 EXAMPLE 2: Phil and his girlfriend get into a drunken argument. Phil pushes her, causing her to hit her head on the countertop and die from her injuries. Even though Phil didn't plan to kill his girlfriend, he will likely be charged with second-degree murder because his actions were so reckless that he should have known they could result in death.

EXAMPLE 3: In revenge on a rival gang for killing his brother, John sets fire to a rival gang member's home with the family inside. All but one of the family members escape, but one is trapped and dies in the fire. John will be charged with first-degree murder in addition to arson because the death happened in the commission of felony arson.

EXAMPLE 4: Samuel has a heated argument with his roommate, Alan. In a fit of rage, he pulls a gun and shoots Alan, not intending to kill him, but he soon succumbs to his injuries. Samuel will likely be charged with second-degree murder because his crime was impulsive, not premeditated.

The penalty for any murder in California can be severe—up to life imprisonment. However, the minimum sentences for each differ significantly.

If you were charged with a violent crime like murder, you face severe consequences and need to contact an experienced defense team immediately.

At Eisner Gorin LLP, we will closely examine the evidence to help determine which defense strategies could be an option and how to handle your case.

We might be able to negotiate with the prosecutor to avoid the formal filing of charges through prefiling intervention, called a “DA reject.”

We are located in Los Angeles, California, and provide legal representation in murder cases across the state. You can reach us for a case evaluation via phone or by filling out the contact form.