California law is stringent against dogfighting—to the extent that any activity connected with dog fighting, including being a spectator, is a crime in the state.

The laws against dogfighting are embodied in California Penal Code 597.5 PC. If you are convicted of a crime under this law, you could face up to three years in prison and a fine of up to $50,000. 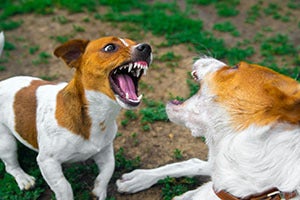 Penal Code 597.5 PC makes it a crime to train or keep dogs for the purpose of dog fighting.

Penal Code 597.5 PC says, “any person who (1) owns, possesses, keeps, or trains any dog, with the intent they will engage in an exhibition of fighting with another dog. (2) For amusement or gain, it causes any dog to fight with another dog or causes them to injure each other. (3) Permits any act to be done on any premises under their control, or aids or abets that act is guilty of a felony and is punishable by imprisonment by 16 months, two or three years, or by a fine up to $50,00, or by both a fine and imprisonment.”

Further, anyone who is “(b) knowingly present, as a spectator, for an exhibition of the fighting of dogs” is guilty of a crime punishable by up to one year in county jail, a fine of up to $5,000, or by both a fine and imprisonment.

Most people are familiar with the famous dogfighting case of NFL quarterback Michael Vick, who was indicted for a federal crime because his operation crossed state lines.  Let's review these laws more closely below.

PC 597.5 has a broad reach for outlawing dogfighting activities, making all aspects of dogfighting illegal. Under the law, any of the following behaviors are a crime:

In short, being connected with dogfighting activities in nearly any way, shape, or form is a crime under PC 597.5, whether or not you are directly involved in the training or fighting off the dogs. Even showing up for a dogfight can land you in jail.

EXAMPLE 1: Jane's boyfriend Zack buys a dog that has been trained for fighting. Not having room for it at his apartment, Zack asks Jane to keep the dog at her house because she has a gated backyard. Jane agrees. 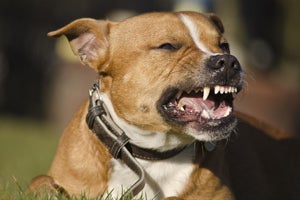 Most forms of dog fighting are felonies that carry up to three years in jail and a $5,000 fine.

Both Zack and Jane can be charged under PC 597.5 even if the dog never engages in a fight—Zack because he owns a dog trained explicitly for dogfights, and Jane, for permitting the dog to be kept on her property.

EXAMPLE 2: Darren has a farm outside town with some unused acreage. His friend, Tony, thinks this would be an excellent site to clear out as a dogfighting arena.

Darren isn't actively involved in the fights themselves, but he allows Tony to set up the site for dogfights in exchange for a cut of the money. Both Tony and Darren are guilty under PC 597.5.

EXAMPLE 3: Sarah is at a party with some friends. They are all in the backyard when they hear barking and shouting from the house next door.

They peer over the fence and see two dogs fighting in the yard while a group of people is cheering them on. Sarah and her friends go inside and call the police.

Sarah and the party are NOT guilty under PC 597.5 because even though they were present at a dogfight scene, they were not willing spectators.

What Are the Related Crimes to Dogfighting?

Nearly all violations of PC 597.5 are charged as felony offenses, which may be punishable by fines of up to $50,000 and 16 months, two years, or three years in state prison.

The only exception is if you are a willing spectator at a dogfighting event or where dogfight preparations are taking place. In this case, you could be charged with a lesser misdemeanor, punishable by up to one year in county jail and fines up to $5000.

In addition to these penalties, any conviction under California's dogfighting law can result in the seizure of any assets or proceeds connected with dogfighting activities. This may include real estate, dogfighting equipment, personal property, and any profits derived from dogfighting.

This means not only could you forfeit any money you made from this illegal industry, but if you hosted a dogfight on your land, the courts could seize the land itself.

Depending on your case's specific facts and circumstances, there are several possible defenses to charges under Penal Code 597.5. Some of the more common defenses are discussed below. 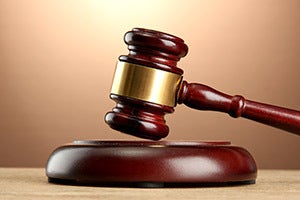 Perhaps we can argue that you were not a willing spectator at the dogfight. For example, you did not voluntarily watch or participate in a dogfight but only happened to be present when one occurred.

Perhaps we can argue that you did not own, keep, or train the dog. Proving your connection to the dog used for fighting is a crucial element in the prosecution's case. The problem is that most dogs used in fighting are unlicensed, which makes it harder to prove ownership. Your attorney may use this fact to contend that you neither owned nor controlled the dog in question.

Contact our law firm to review all the details and legal options if you have been accused of dog fighting. Eisner Gorin LLP is located in Los Angeles, California. You can contact us for an initial case consultation via phone or contact form.