Exceeding the speed limit on any California highway, generally 65mph, can get you a traffic ticket and points on your driving record. But if your speed exceeds 100mph, the offense jumps into another category.

California has a specific law, Vehicle Code 22348(b) VC, that imposes stiffer penalties if caught exceeding 100mph on a highway, including additional points on your record, a mandatory court date, and a suspension of your license. Depending on your prior driving record, you could also face other penalties. 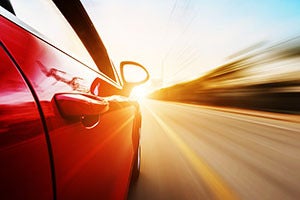 VC 22348(b) imposes harsh penalties for anyone driving over 100mph on a California freeway.

VC 22348(b) says, “any person who drives a vehicle upon a highway at speed greater than 100 miles per hour is guilty of an infraction punishable by a fine of up to $500 for a first conviction and a driver's license suspension for up to 30 days.  Another conviction within three years will result in a fine of up to $750 and a license suspension by the Department of Motor Vehicles under subdivision (a) of Section 13355.”

Also, anyone accused of speeding over 100 miles per hour will have to appear in court unless they retain a lawyer to make the appearance on their behalf. Anyone who fails to appear in court as ordered can face misdemeanor charges of Vehicle Code 40508 VC failure to appear.

Is Driving Over 100mph on California Highways a Crime?

A violation of VC 22348(b) is illegal, but it is not considered a crime. Driving over 100mph on a freeway is an infraction, not a misdemeanor or felony.

If you are found guilty of violating this law, you won't have a criminal record, but it will affect your driving record. However, if you miss your mandated court appearance, as noted, you could be charged with a misdemeanor crime under Vehicle Code 40508 VC (failure to appear).

What Are the Consequences of Violating VC 22348(b)?

The penalties for exceeding 100mph on a California freeway are varied and progressive, which depend mainly on your prior driving history and subsequent actions after being cited. Here's what you can expect.

There is a base fine for any ticket issued for exceeding 100mph. The fines are as follows:

In addition to fines, having one's license suspended is a standard penalty for violating VC 22348(b). Suspension times are as follows:

Every violation of VC 22348(b) results in 2 points added to your DMV record, which will likely cause your insurance rates to increase for several years.

If you are ticketed for exceeding 100mph, you must appear in court to answer for the infraction. You may also hire an attorney to appear in court on your behalf rather than go to court yourself. Doing so may be advantageous because a skilled attorney can often get you reduced penalties or even a dismissal.

If you don't appear for your court date or send an attorney on your behalf, you may be charged with failure to appear (VC 40508), which is a misdemeanor offense. If convicted, you could face up to 6 months in jail.

Can I Remove My Points By Attending Traffic School?

No. Under normal circumstances, drivers may attend an approved traffic school for driving infractions to keep a point from appearing on their DMV record.

However, this option does not apply to offenses where a court appearance is mandatory, including VC 22348(b).

If you cannot get the infraction dismissed in court, the points will appear on your record, and going to traffic school won't change it.

There are a few defenses to charges of driving over 100mph on a freeway in California that an experienced attorney may be able to raise for you.

These defenses are usually raised during your court appearance. Some examples are discussed below.

Perhaps we can argue that the officer clocked your speed inaccurately.Law enforcement typically uses radar to clock highway speeds. 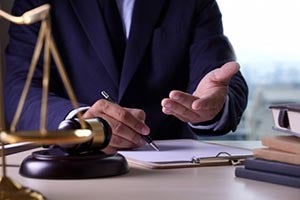 While radar readings are compelling evidence in court, these devices are not foolproof. A good attorney can often cast doubt on the reading by providing proof of one of the following effects:

Perhaps the radar gun needed to be correctly calibrated and returned the wrong speed.  Maybe the officer misused the gun, or other objects (e.g., other vehicles, trees, poles, etc.) interfered with the radar reading.

Perhaps we should plead "guilty with an explanation." This defense contends that you were driving over 100mph due to an emergency or another justifiable reason.

If the attorney provides a compelling context for why you needed to exceed 100mph, the penalties may be reduced, or the charge may be dropped.

You face harsh penalties and fines if you have been accused of driving over 100mph on a California highway. Perhaps we can negotiate a favorable resolution after reviewing all the case details. Eisner Gorin LLP is located in Los Angeles, and you can contact us for an initial case evaluation via phone or fill out the contact form.