But if you use the United States Postal Service to issue such a threat, it could become a federal crime. 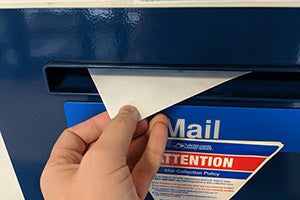 It's a federal crime to extort someone by use of threats through the United States Postal Service.

Mailing threatening communications under 18 U.S.C. § 876 is a serious offense that can carry harsh penalties if convicted. It is defined as the act of mailing or shipping any communication containing threats to injure someone else in any way.

Simply put, It's illegal under federal laws to use threats or extortion to compel someone to provide you with benefits or behave in a certain way towards you.

However, you could face charges under state laws if you engage in threatening or extortionate behavior. Federal charges are usually more severe than state charges and carry severe penalties.

Federal prosecutors have almost unlimited resources to conduct a criminal investigation and build their case against a defendant.

There are only specific types of extortion and threats filed as a federal offense listed under 18 U.S. Code Chapter 41.

These federal statutes list several federal crimes of extortion, communicating threats, and similar federal crimes, whether the communication is by wire or mail. Our Los Angeles criminal defense attorneys will review the relevant national laws below.

Title 18 U.S.C. 876 details four specific ways in which using the mail to threaten someone is a federal crime:

It's important to note that it doesn't matter if the intended person receives the communication; it only matters that the mail was used to send it. What makes it a federal crime is if:

The crime of “blackmail” is also commonly known as “extortion,” which is threatening to do something or disclose something that will in some way harm the potential victim of the threat.

Usually, the threat of potential harm is made in an attempt to obtain something of value, whether it is money, property, or some other type of tangible benefit.

When Is a Threatening Letter Prosecuted at the Federal Level Rather than the State Level?

The State of California has its law against sending threatening letters. Penal Code 523 PC makes it a felony offense to extort or blackmail another person by sending any written communication to cause injury, accuse someone of a crime, or release damaging information.

The law covers physical letters as well as ransomware. So if a threatening letter is sent in California, will it be prosecuted by the state or a federal crime?

The answer may differ from case to case, but generally speaking, it may be prosecuted at the state level if:

The most common extortion or threat prosecuted by a United States Attorney's Office is interstate communications occurring by wire transmissions, such as emails or text.

Mailing threatening communications that violated federal laws were more common a decade ago, but with technological advances with computers and internet communications, threats and extortion are now commonly communicated by interstate wire transmission rather than using the mail system.

The threat has to be an actual threat, and the potential harm can be economical. Still, it could also include damage to their reputation or any information that could negatively impact their business.

What are the Federal Penalties?

Any conviction for mailing threatening communications may result in severe fines and prison time under the United States Sentencing Guidelines considering the recommended punishment range.

These calculations will depend on the base level of the particular guideline, along with enhancements for factors that address the seriousness of the incident.

What Are the Common Defenses to Mailing Threatening Communications?

There are numerous defenses available to fight charges of mailing threatening communications. The most common are listed below. 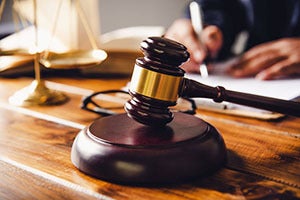 There are several common defenses against allegations of mailing threatening communications.

Perhaps you didn't intend the mail item to be sent or received. For example, it might have been accidentally sent or misaddressed.

Perhaps you did not know the contents. To be convicted, prosecutors must show you knowingly mailed the threat.

If you sent the letter/package on behalf of someone else, for example, and you were unaware of the threat it contained, you didn't commit the crime.

Perhaps the contents were satirical. That is, they can't specify an actual or credible threat, and it should be clear to all parties that the sender didn't mean what they said.

Eisner Gorin LLP is based in Los Angeles County and provides legal representation for anyone charged with a federal crime in California and United States.

You can reach our office for an initial consultation by calling (877) 781-1570 or filling out our contact form.