Getting Criminal Charges Dropped After Arrest

The Process of Prefiling Intervention in California Criminal Cases

Through the process of prefiling intervention, it may be possible to have criminal charges against a client dropped completely or reduced in severity before a case proceeds to the formal court process.

Often, a potential client will be alerted to a criminal investigation before actually appearing in court. 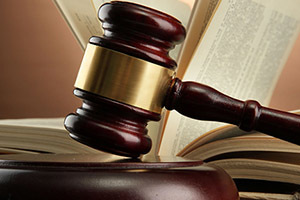 Through prefiling intervention, we might be able to get your criminal charges reduced or dismissed before the case proceeds to the formal court process.

In the most straightforward case, the client knows there is a criminal investigation because they were arrested and either bailed out or was cited out without having to post bail. The client then has a date certain to appear for arraignment in criminal court.

Gathering Facts About the Investigation

The prefiling process begins by assembling the relevant facts about the investigation. The attorney must rely heavily on the client's self-reporting about the factual background as police reports and other discovery materials are rarely if ever available before the case is formally filed in court.

In an appropriate case, the attorney may engage a private investigator to attempt to interview important witnesses to further flesh out the factual scenario.

Where the client has been arrested and cited, the attorney will know the code section or code sections which law enforcement believes the client should be charged with, further narrowing the inquiry.

It should be noted, however, that a prosecutor reviewing the case may choose to change or add to the charges indicated by law enforcement, so the citation is not a definitive statement of the client's potential criminal liability.

Once the attorney has a grasp on the factual scenario and the potential criminal charges which could be alleged therefrom, the next step is to prepare a formal written legal position to law enforcement and the prosecuting agency.

This position will highlight issues of proof, i.e. factual weaknesses in the prosecution's case should the matter proceed to trial, as well as mitigating and equitable arguments.

The latter category includes the client's background, character, and reputation as evidenced by letters of support from members of the community, accolades or community work the client may have engaged in, and other relevant documents.

The entire packet is then presented to the investigating agencies along with arguments for dropping or reducing charges.

In our system, prosecutors have substantial discretion to both file or reject for filing charges even over the objection of alleged victims or complaining witnesses.

Put another way, a prosecutor can file a criminal case which the victim wants dropped, or can choose to reject a case for filing when the victim is desirous of prosecution.

An effective prefiling intervention position is geared at persuading the prosecutor who makes this ultimate filing decision to exercise his or her discretion to the client's benefit.

For example, we recently secured a case rejection for an elderly client accused of molesting his granddaughter.

The alleged victim had disciplinary issues at the home and had made inconsistent statements, evidencing a motive to fabricate the claim.

Combined with evidence of the implausibility of the accusation based on the client's strong background, the case was rejected outright. 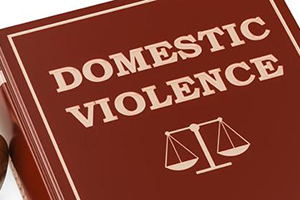 In a recent domestic violence case, our prefiling intervention resulted in an informal City Attorney office hearing which ultimately led to rejection of the case for filing.

The client's ex-girlfriend had attacked him in a drug-fueled rage and then falsely accused him of being the aggressor in the brief mutual struggle which followed to attempt to remain rent-free in the client's apartment.

The parties ultimately agreed to mutual restraining orders, which supported our prefiling position that no future incidents would occur and the one incident reported by the alleged victim could not be proven beyond a reasonable doubt.

Eisner Gorin LLP is criminal defense firm in Los Angeles, CA which practices in State courts throughout California and in federal courts around the United States.